IN HONOR OF: The Best Predictors for Memorial Gifts 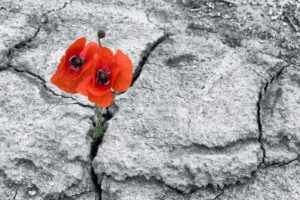 Recently, I scheduled a conversation with Dr. Russell N. James III for our podcast series on Conversations with Industry Icons. Russell is Professor & Director of Graduate Studies in Charitable Financial Planning at Texas Tech University, a diligent researcher and a respected friend. His influence reminds me of the classic E.F. Hutton commercials—“When E.F. Hutton speaks, people listen.” Likewise, whenever Russell James speaks, fundraisers should stop and listen.  During this podcast, I asked Dr. James: “What are the most significant changes in the years you’ve been researching fundraising topics?”

Russell:  One of the biggest changes is that we have a lot more data than we did a few decades ago. Some of the data is astounding, like the research reported in Eddie’s previous blog. Many of the other findings were not shocking. It’s just that now we are able to verify our suspicions quantitatively, which gives them more weight when considering your organization’s fund development strategy.

For example, childlessness is the number-one predictor of both the frequency and size of bequests or planned gifts. It’s more significant than any other factor. And even if you’re working with donors who are not childless, we have found in experiments (as well as in actual practice) that one of the best approaches is to suggest gifts in honor of family members as memorial gifts.

When you’re making those kinds of suggestions, especially if it’s for a memorial gift or an endowed scholarship, we’ve found that people are really attracted to anything that has a sense of permanence.

Childlessness is the number-one predictor of both the frequency and size of bequests or planned gifts. It’s more significant than any other factor.

At Thompson & Associates we’ve seen that same thing over and over. Below are just a few examples of the thousands of memorial gifts we have helped secure over the years.

THE DOCTORS AND THEIR KIDS
Within the last month, I met with two couples who had both lost a child to a chronic illness about ten years ago. As they so often say, “You can eventually get beyond that kind of tragedy, but you never really get over it.” In separate meetings, they each recounted their stories in response to a simple estate-planning question that I always ask.

There were a lot of similarities. Both couples were now in their fifties, all four were medical professionals, and they both set up planned gifts as memorials to the hospitals that had cared for their children. One of the parents also set up a similar bequest to his medical school. The fact that they were all hospital employees did not seem to be a major factor in their decisions. They were motivated as parents, not as doctors and nurses. Each of the three bequests was in excess of seven figures (over $1 million) as memorials to their lost son and daughter—that child’s portion of a future inheritance to the institution that had cared for their children. They also did something that was quite predictable. The future bequests gave them a vested interest in the future of those institutions, the result being that they both increased their current giving.

So, what was the trick question and the complex estate planning process that precipitated all this extravagant giving? Well, there was nothing tricky or complex about it. I simply asked, “Is there someone you would like to honor or memorialize in your giving?” And fulfilling that wish required no complicated estate planning, only a beneficiary designation form from their retirement accounts.

THE OLD COACH
In 2015 we assisted a gentleman with an estate plan that included an astounding $100 million planned gift in memory of a coach who had greatly influenced him. The gentleman had never given to that particular institution before or (for that matter) had never made a significant gift to any other organization.  I knew this man was very wealthy, and I’m usually not surprised by people’s generosity. But in this instance, I needed to confirm that I heard him correctly. “Did you say, ‘100 million?’”

He was in his seventies, and that coach had passed away many years ago. The story the gentleman told me about his career and his enormous wealth was simply this: “The things Coach taught me about life were directly responsible for my success.” That bequest is now in process.

THE FRUGAL EMPLOYEE
Organizations hesitate to invest in planned-giving conversations, assuming they have few “rich people” among their staff and stakeholders. That’s usually off-hand assessments of donors’ capacity and willingness to give from their disposable income (without consideration of potential giving from accumulated assets). However, off-hand assessments are very often wrong.

As Dr. Russell James pointed out, the most reliable predictor of bequests to charity is no children. Back in 2015, I met with an employee of a nonprofit institution who had worked there over thirty years. She was single, had no children, drove an old car, and lived with her parents. Though she had never made over $50,000 per year, she asked if we could help with her estate plan.

One of the executives at the organization we were representing said, “I don’t know if there’s a lot there. She is not wealthy, and so it might not be the best use of the limited time we have you with us.” We went forward nonetheless. On the last of several meetings with the employee, we invited that same organization executive to join us.

“I would like to set up a fund to provide scholarships for continuing education,” the employee said.

The executive replied, “That’s really thoughtful of you, but it would be very expensive.”

“Will $6 million do it?” she asked. Of her estate valued at about $6.3 million, she had decided to give $6 million to charity.

THE FUNDRAISING CONSULTANT
Though it was not his profession and he never worked for a nonprofit, my father was the greatest fundraiser I’ve ever known. What drove him was his compassion for kids, particularly kids who wanted to go to college—something he never got to do because like them, it was financially out of reach. And so, I remember as a little boy driving around the state of Missouri in our old 1952 Plymouth, paint rippling off the back fender from Dad’s do-it-yourself paint job, raising money for kids to go to college. As near as I can remember, my dad helped to raise the full tuition enabling twenty-three kids to get through college. What he taught me about generous giving and caring for people is why I’ve spent 35 years as a fundraiser. Dad died in 2008 at age 79.

Not surprisingly, our three largest planned gifts are memorials to my father Robert C. Thompson, my mother Lenora Thompson, and our grandson Elijah Barrett Thompson.

On April 2, 2005, Sheryl and I lost our first grandchild. His name was Elijah, and though the span of his life was very short, we could not have loved him more. So, our most poignant and powerful family stories are about my parents and our grandson. Though my mother is still with us, not surprisingly, our three largest planned gifts are memorials to my father Robert C. Thompson, my mother Lenora Thompson, and our grandson, Elijah Barrett Thompson.

THE FAMILY STORY
The motivation for most major gifts is rooted somewhere back in donors’ personal or family story. As a planned giving officer at a nonprofit, I would consider asking a group of donors, “Who has a great family story?” And I’d make sure all the volunteer storytellers were on my follow-up list for legacy gifts. However, there’s no need for that kind of public request. If development professionals engage in enough meaningful conversations, donors will eventually tell the stories of their greatest tragedies and triumphs. With a little probing, they’ll also tell you about those who have helped them along the way.

The motivation for most major gifts is rooted somewhere back in a donor’s personal or family story.

One of the greatest joys for me and for other planned giving officers is that we get to help donors honor the memories of the people who have impacted their lives. Of the thousands of memorial bequests we’ve facilitated over the years, almost all happened only as a result of someone asking a simple question and following up their answer with a simple process.

SOLICITING MEMORIALS: Understanding the Need to Give in the Wake of Tragedy

THE FAMILY STORY: Recognizing Our Opportunities for Legacy Gifts

PENT UP GENEROSITY: Enabling the Felt-need to Give