DONORS AS YOUR BEST CUSTOMERS: Cultivating Habits of Great Fundraisers 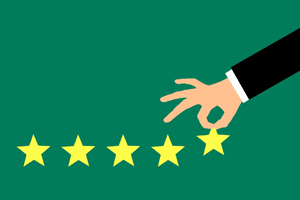 BOB GOLOMB is Sales Manager at the Flemington Nissan dealership in central New Jersey. Wearing his wire-rimmed spectacles and dark conservative suits, he looks more like an accountant than a car salesman. There’s nothing slick, flashy, or contemporary about Golomb. You could describe him as prototypical “old school.” Conversations with car salespersons tend to be very scripted, each one reciting a predictable pitch. In contrast, Bob Golomb is thoughtful, attentive, and a great listener—talking with potential customers, not at them. He’s not what you would expect from a sales professional who closes the deal on about twenty cars a month—more than twice the average top car salesperson. His office is arrayed with an assortment of awards that prove he’s definitely an outlier.

Bob Golomb has been such an extraordinary car salesman because he is intentional about developing and maintaining certain habits throughout his career—the same habits that (if consistently cultivated) will make you a highly successful fund-development professional.

1. Everyone is a potential buyer.
An experiment conducted in 1990 by a Chicago lawyer revealed that minorities, females, and teenagers on average paid $1,000-$2,000 more for the same cars as white males (Ian Ayres, Pervasive Prejudice?: Non-Traditional Evidence of Race and Gender Discrimination, Chicago: University of Chicago Press, 2001). Does that mean the majority of car salespersons in Chicago are guilty of racism, misogyny, or age discrimination? Not necessarily. They all have powerful incentives to do whatever it takes to sell cars, even to the point of using high-pressure sales tactics that make customers feel manipulated. What is more likely is that salespersons have allowed stories and experiences to prejudice them. Most would be reluctant to admit that and may not even be aware of it, but they have allowed themselves to automatically prejudge or “prequalify” minorities, women, and young people regarding their ability to purchase a car.

The same habits that (if consistently cultivated) will make you a highly successful fund-development professional.

This is where Bob Golomb and the average salesperson part ways. He is aware of those prejudices and makes a concerted effort to approach every sale with the same level of respect, no matter race, gender, or perceived economic status. Whether the customer is a farmer who came straight from the field, tracking cow dung through the showroom or one flashing large rolls of cash, proclaiming his/her desire to purchase the most expensive car on the lot, one of Bob Golomb’s fundamental assumptions is that he doesn’t know who will buy a car on that day. So, he treats every person with a level of respect they would deserve as his best customer.

Fundraising Application: Mihály Csíkszentmihályi and Eugene Rochberg-Halton are two  researchers who have spent many years studying the impact and effect of wealth. In their classic book, The Meaning of Things (Cambridge University Press, 1981), they made the distinction between two kinds of materialists. “Terminal materialists” acquire as an end in itself, that end being a bigger house, a more luxurious car, or things that convey status and personal significance. In contrast, an “instrumental materialist” is a person who accumulates wealth for the purpose of giving it away. They have a “God-given” sense of stewardship and the awareness that their income and assets have been provided for the purpose of helping others and to make a positive difference in the local or extended community. Or, they may be altruistic donors who simply feel the need to give back. Whatever the motivation, instrumental materialists make their charitable investments like they have built wealth.  They ask a lot of questions and want to know how their philanthropic investments are being put to use.

It amazes me how often these donors are overlooked. Several years ago, a client organization invited a group of their top donors to my “Introduction to Charitable Estate Planning” presentation. Later a secretary (who had apparently helped organize the event) told me that she would like to leave a gift to the hospital where she had worked for many years—something meaningful like a new wing of the hospital for specialized care. It was a nice thought but not the kind of initiative that a single person on a secretary’s salary could afford. She kindly replied, “Would $6 million do it?” Within a year, her estate plan was complete, which included the revocable gift to the hospital upon her passing. I was reminded again to treat every person as the most important organizational donor.

Instrumental materialists are hard to find but not necessarily because they intentionally hide. They just don’t give to receive recognition.

I’m working now on behalf of another Thompson & Associates client with two couples of astronomical wealth. They’re not flashy, they drive older cars, and they live in very modest houses. They’ve made some gifts that were (compared to their giving capacity) quite small, but not because they lacked the willingness to give. It was because they lacked the depth of relationships with the primary institution they had supported.

Fundraisers often make assumptions about who has wealth based on the donor’s house or the car they drive. But things are rarely as they seem to be when it comes to giving, and many times they are quite the opposite. I figured out years ago that I could never know who is generous, who has giving capacity, or who has neither. The lesson to be learned from Bob Golomb is not to prejudge people’s willingness and ability to give. Who knows? That donor might be one of those instrumental materialists flying under the development team’s radar.

2. When “Thank you,” does more harm than good.
Malcolm Gladwell describes Bob Golomb in chapter 3 of his book, BLINK: The Power of Thinking Without Thinking (Little, Brown and Company, 2005). Gladwell writes: “If you buy a car from Bob Golomb, he will be on the phone with you the next day, making sure everything is all right and wanting to know if you have any questions about your purchase. If you come to the dealership and leave without buying a car, he’ll call you the next day to thank you for stopping by.”

The lesson to be learned from Bob Golomb is not to prejudge people’s willingness and ability to give. Who knows? That donor might be one of those instrumental materialists flying under the development team’s radar.

In the world of auto-generated communications, it’s hard to make an impression—unless, that is, you’ve been very serious about it and have made customer relations among your highest priorities. Today, every sale is automatically followed by a customer-satisfaction survey. It’s become standard procedure for doctors’ offices, mobile phone service providers, plumbers, painters, and car dealerships. That is, in part, because studies show that those who respond by filling out a survey are forced to revisit their buying experience and are predisposed to validate their previous choices. Thus, survey responders are more likely to buy again. Because I understand this aspect of the psychology of sales and marketing, I personally never respond to auto-generated surveys regarding purchases or even charitable gifts.

Fundraising Application: In 35 years, I can count on one hand (with fingers to spare) the number of times I have received a call or letter from the person who solicited my gift. I have on occasion received an email or voicemail from an organizational fundraiser, but it was someone with no knowledge of my giving history and always in the context of soliciting another contribution. The lesson from Bob Golomb is that you cannot say “thank you” too often. If, however, the appreciation is not authentic, sincere, and personal, it is of little or no value.

3. Donor-centered relationships are rarer than you think.
Malcomb Gladwell continues his analysis of Bob Golomb’s success: “In the car-selling business, if you can convince someone to pay the sticker price (the price on the window of the car in the showroom), and if you can talk them into the full premium package with the leather seats, the upgraded sound system, and the aluminum wheels, you can make as much in commission off that one customer as you might from a dozen customers who are prepared to drive a hard bargain. In other words, there is tremendous temptation to try to spot the sucker.

You cannot say “thank you” too often. If, however, the appreciation is not authentic, sincere, and personal, it is of little or no value.

Golomb doesn’t try to spot the suckers. He quotes everyone the same price, sacrificing high-profit margins on an individual car for the benefits of volume. Reputation of his fairness has spread to the point that he gets up to a third of his business from the referrals of satisfied customers.

Bob Golomb keeps track of all his previous customers and keeps a thick three-ring notebook of their letters. He seems to remember them all with amazing clarity. In the interview with Gladwell, he pointed to one letter and said, “This gentleman here; we’ve delivered six cars to him already in the last 12 years (since Blink’s first publication date in 2005).

Fundraising Application: In the nonprofit world, the habit of being straightforward and donor-centered is essential for a successful long-term career. Most of my work on behalf of client institutions focuses on charitable estate planning. I don’t serve as an organizational fundraiser. My only concern is what works best for the donor. In fact, the sponsoring nonprofit is made aware of a current or planned gift only at the request of the donor. Nevertheless, the results for the sponsoring organization are astounding. 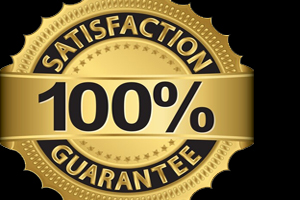 became the organization’s CEO. It is still one of the most important lessons and cautionary tales about nonprofit leadership I’ve written. The takeaway of that first post: “Mirror, mirror on the wall; who’s the greatest fundraiser of all?” It’s easy to aim at being donor-focused but not easy to consistently pull it off—no matter how well intended. See The Greatest Fundraiser of All.

Studying the successful character and career of Bob Golomb emphasizes truths that translate directly to the world of nonprofit fundraising: treat every potential donor with equal respect, give gratitude with abundance and sincerity, and keep the donor at the center of the relationship.