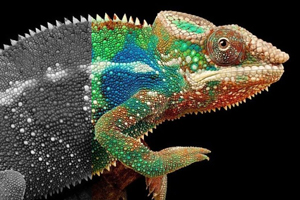 The world has changed radically in the last three years, and it’s showing few signs of returning to business-as-usual in the near future. Some of our traditional operating systems may never come back. To list only a few of the unexpected: 1) the economic impact of Covid-19 on the nonprofit healthcare industry, 2) staff retention amid the “Great Resignation,” and 3) the impact of a looming inflation-to-recession cycle on social services.  Each one serves as a significant stress test for nonprofit institutions. Together, they put the whole nonprofit sector on a trajectory in which fundamental change is no longer optional but essential for the continuation of the most needed programs and services.

AGENT OF CHANGE
William Deming (1900-1993) was one of the most successful organizational change agents in the modern era. Though his Ph.D.s were in mathematics and physics (Yale University), his greatest contributions were in the area of crisis management. In the years immediately following the end of WWII, Deming worked under General Douglas McArthur to rebuild Japanese industry, which was to serve as a strategic deterrent to communist North Korea. His lectures to Japanese business leaders became the foundation of the Total Quality Management (TQM) training. William Deming is best known in the United States for his book, Out of the Crisis (MIT Press), and his management philosophy as “The System of Profound Knowledge.” Deming is still celebrated as the father of Japanese industry—one that has become a worldwide standard for quality products and managerial performance. As a result of his influence, every other national industry and commercial enterprise has been playing catch-up for the last 75 years.

The two books I’ve read about Deming’s system, The Spirit of Kaizen by Robert Maurer (McGraw Hill) and Out of the Crisis by W. Edward Deming (MIT Press), contain some of the most profound principles on organizational management. I don’t have the time or space for a full review of Deming’s philosophy of management. I’ll just point out a few of his ideas that relate to the challenge for change facing all nonprofits.

1. Respect the System. Managers facing a crisis that demands an adapt-to-survive response are tempted to react by making sweeping changes. The assumption is often based on a philosophy of “creative disruption,” a process of making wholesale changes that leaders hope will result in a more productive and more effective organization. That’s often the approach of a new CEO or consultant brought in to “turn things around.” That works occasionally and the turnaround specialist becomes a best-selling author, applying his standard approach to all readers and clients.

For most organizations, however, radical change does not have a long-term effect, and creative disruption easily turns into “creative destruction.” If that phrase sounds familiar, it is one of the fundamental principles of Marxist-Leninist philosophy. It doesn’t matter to a Marxist whether or not he/she has a better idea in mind. The revolutionary objective is to tear down all the existing systems and from the ashes something better will magically emerge. Creative destruction didn’t work for Marx and probably won’t for your organization either.

For most organizations, however, radical change does not have a long-term effect, and creative disruption easily turns into “creative destruction.”

Deming’s philosophy of crisis management was the very opposite. His first of four priorities: “Respect the System.” As that priority suggests, his approach to management is based on system theory. Only when all the parts of a process are working together is the organization’s highest purpose and best performance achieved. To put it another way, the system as a whole is far more efficient and effective than any or all of the individual parts.

Focusing on one aspect of an organization to the detriment of one or all other functions results in problems arising on many fronts. Example: emphasizing program over development, cash gifts over contributed assets, donor replacement over donor retention, or organizational expansion over the current crumbling infrastructure. It’s like playing the kid’s arcade game, whack-a-mole. Problems in the multifaceted aspects of the system pop up faster than they can be whacked.

2. Resist the Temptation for Major Changes. Deming’s method was:

a. to address one issue at a time while it’s still small enough to manage,
b. make a series of small changes that often went unnoticed, and
c. then carefully monitor the results.

This is similar to a concept I wrote about in the October 2012 post, “DONOR PINGING: Firing Bullets Before Cannon Balls.” Suppose an enemy ship is approaching, and you have a limited amount of gun power. The discipline of finding the range by firing a few bullets before loading up the big guns with all the powder is almost always more effective. Sometimes a major change will hit the target dead center on the first attempt but (far more often than not) it’s a lucky shot.

Nonprofit leaders have a limited amount of emotional capital to invest, and every system change is a withdrawal on that account with staff and stakeholders. Depending on the CEO’s accumulated balance, a few misses with major changes, and a leader will discover that the account is overdrawn.

Systemic changes make employees and donors very nervous, and it often has a paralyzing effect. Donors give with increasing hesitation. Staff spend a great deal of their most productive time and energy fretting about the major changes rather than implementing them. I once served as a consultant to a nonprofit with a new CEO who came up with a new plan every week. Radical abrupt changes in the operation of an organization are not only hard to manage, they’re even harder to maintain. And nothing kills the credibility of a leader faster than erratic decision-making. Staff quickly figured out that on issues which were resisted (particularly those requiring more work), all they had to do was wait a few weeks, and the CEO would be onto another initiative. Once a leader starts down that road, it can take a long time to regain the confidence of the organizational team. Small changes built one upon another with consistent accountability and follow-through is a much better recipe for crisis management and fundamental change.

3. Understand the meaning of variations. William Deming was a statistician at heart, preoccupied with why things do not behave as predicted. All systems (whether the equipment, the process, or the people) vary in their performance, and managers must be able to distinguish between special and common causes of those variations. Special causes are the result of training, skill, or some other personnel issue. Common causes (problems that affect the performance of everyone) are more likely the result of a problem with the system. In Out of the Crisis, Deming wrote: “The central problem in management and leadership…is failure to understand the information in variations” (i.e., the carefully monitored feedback loops). Is it your people, your training, or your process?

Special causes are the result of training, skill, or some other personnel issue. Common causes (problems that affect the performance of everyone) are more likely the result of a problem with the system.

Deming had a habit of spending time listening to workers on the line because one of his fundamental assumptions was that the common causes (problems with the system) were easily recognized by the staff, but only managers had the authority to tweak the system and avoid repetition of the problem. Deming estimated that management was responsible for more than 85% of the causes of variation (failure to meet performance standards). This formed his central message to the Japanese industrial leaders.

4. Avoid short-term profits and short-term thinking. This was one of Deming’s “Seven Deadly Diseases of Organizational Management.” From a nonprofit perspective, the deadly disease could be stated as, “Avoid focusing exclusively on current gifts and short-term thinking rather than planned gifts and long-term donor cultivation.” William Deming was referring here to the U.S. industry and its management practices. However, many of the same challenges are at the doorstep of nonprofit leaders, like the big bad wolf threatening to blow. The shortlist of those challenges includes:

a. respecting the system as a whole and the importance of all parts working together;
b. making incremental changes and carefully accounting for the results;
c. understanding variations and pinpointing the sources of ineffectiveness;
d. listening to staff and stakeholders before making top-down executive decisions.

Though William Deming’s work targeted a post-World War II society, its wisdom and logic provide timeless insight that are especially relevant in our Covid-impacted world. Keeping the larger picture in mind and enacting its goals through small, gradual changes honors the effective parts of pre-existing systems while working towards something greater. Just as Deming revolutionized Japanese industry, his system gives nonprofits the tools to adapt to unexpected change and maximize efficiency.