WIN-WIN PARTNERSHIPS: Empowering Donors to Give Generously Amid Historic Inflation 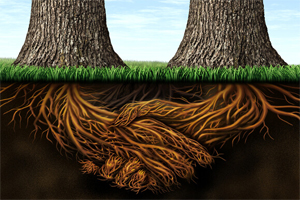 In last month’s post, I dived into the economic factors that have contributed to the highest annual inflation rate in the last 40 years. Inflation is caused by a number of outside factors, many of which hinder the Federal Reserve’s ability to combat it—pandemics, supply chain issues, the invasion of Ukraine, U.S. debt-to-GDP ratio, excessive government spending, and the increasing obligations of entitlements, just to name a few. All of this is to make a single point—that the onset of this particular inflationary period could be more severe and more enduring than our hopes and expectations.

These are uncharted waters for most current nonprofit leaders who have never experienced the impact of inflation on institutional survival, particularly the rapidly rising costs of institutional expenses and funding appeals to donors who are struggling in the same economic situation. Nonetheless, in the late 1970s and early 1980s, I raised a boatload of money for the university I represented during the highest and most enduring inflationary period since the First World War. Through those years, the U.S. economy was plagued by the highest and most sustained inflation rate since the U.S. Bureau of Labor began keeping accurate records in 1913.

My story was meant to serve as a not-so-subtle warning to nonprofit leaders—most of whom were not working then as fund-development professionals and who had never lived through a decade with mortgage rates approaching 20% APR and an inflation rate of 15%. Yet, in that same period, CDs were paying a fixed rate of around 14%. If you had liquid assets to invest, you were (as they say) “living in the high cotton.” What I learned during those years was that in times of inflation rates above 10% per year, the upper-middle class with little or no debt become richer and richer, while the middle and lower-middle class with relatively significant debt and little discretionary income to invest become poorer and poorer. As galloping inflation increases or simply continues, the speed at which all this happens tends to accelerate geometrically.

APPRECIATED ASSETS
Approximately 3% of family wealth is held in cash accounts; the majority of the remaining 97% is real estate and securities. Fundraisers who appeal almost exclusively for donations from the 3% pot are like the poor during the Depression—standing at the backdoor asking for leftovers or spare change. Generally speaking, the strategy the university allowed me to pursue in the 1970s was to focus on a certain type of gift from a certain type of donor—gift assets from high net worth individuals with relatively small debt-to-assets ratio. Note that I did not say “debt-to-income ratio.” Our fund-development strategy was to design appeals for charitable gifts of highly appreciated assets (which were growing rapidly) rather than from disposable income that was shrinking rapidly due to inflation.

As galloping inflation increases or simply continues, the speed at which all this happens tends to accelerate geometrically.

Though it would seem to be a no-brainer, soliciting gifts from donor assets is an approach that sits on the back burner for many nonprofit leaders who prefer gifts of immediate cash. Part of the reason for the focus on gifts of cash from disposable income is that those gifts are easier to process. It’s simply a matter of collecting a check.

Most of the gifts I secured, including the largest gift in the university’s history up to that time, were gifts from accumulated or appreciated assets and were rarely finalized in a single meeting. Since many fundraisers (particularly former salesmen) have been trained in closing techniques, their object is to close on a gift before leaving the appointment. They pivot to a more planned giving approach (gifts of assets) only at the insistence of strategic donors and/or their financial advisors.

Our fund-development strategy was to design appeals for charitable gifts of highly appreciated assets (which were growing rapidly) rather than from disposable income that was shrinking rapidly due to inflation.

Russell N. James III is the Professor & Director of Graduate Studies in Charitable Financial Planning at Texas Tech University. I posted a blog (UNFORTUNATE FOCUS ON CASH: Donation Types as Predictors of Future Growth) summarizing the findings of his 2018 research paper. The survey and analysis from over a million nonprofit 990 tax returns filed electronically showed an amazing correlation between increased future growth and gifts made from donor assets. That is to say, one of the most reliable predictors of future growth in funding was the type of gifts solicited. Organizations that appealed primarily for gifts of cash grew far more slowly than those that appealed for gifts of both cash and assets. That was true for organizations of all sizes.

One of Dr. James’s explanations for the correlation was, “When donors make non-cash charitable gifts (especially first-time gifts from assets), their gift opens the door to a wide range of giving possibilities. Their response to a future solicitation (particularly in a period of galloping inflation) might be to consider a dozen ways to give rather than the one way—that is, cash from their continually shrinking pot of disposable income.”

This is especially true in sustained periods of galloping inflation when the purchasing power of donors’ discretionary income is rapidly diminishing while the donors’ assets are at the same time rapidly increasing. Even donors who had never given from accumulated and/or appreciating assets were far more likely to give even in a highly inflationary environment as we shaped our appeals in that way.

TOP PRIORITY GIFTS DURING HIGH INFLATIONARY PERIODS
There are several types of gifts from accumulated or appreciated assets. Most of my readers know about charitable trusts, IRA Rollovers, and Donor Advised Funds. What I want to briefly highlight is how and why those types of gifts are so effective, particularly in inflationary periods.

1. Charitable Remainder Unitrust (CRUT)
CRUTs are one of the most direct ways to give to charities and, at the same time, create a hedge against inflation. Like all remainder trusts, an irrevocable gift is made to charity in exchange for annual or semiannual payments to the donor(s), and receive a tax deduction based on the amount of those projected payments. At the death of the surviving beneficiary, the remainder is transferred to the designated charity.

2. IRA Rollovers
I raised a lot of money during those inflationary years by making the case for IRA Rollovers. Typically, IRAs contain a lot of accumulated assets, and as interest rates increase (as is promised by the Federal Reserve) the IRAs will grow at an accelerated rate.

(The CRUT) is a hedge against inflation because as the value of the trust increases, the payments to the donor-beneficiaries increase.

I’m working with a gentleman now who has a staggering $15 million in his IRA. He doesn’t owe anything and doesn’t need the income. This gentleman is over the age of 70.5 and will give the maximum allowable ($100,000 per year) to charity. Besides the fact that he doesn’t need the money, passing on assets to the next generation in the form of IRAs is a poor inheritance strategy. At age 70.5 his wife would also be able to give up to $100,000 a year in the form of an IRA Rollover.

IRAs are another form of asset that will rapidly increase in the wake of the Fed’s determination to raise interest rates successively throughout the coming years in its attempt to curve inflation.

3. Foundations and Donor-Advised Funds
Foundations are set up to benefit society, and foundation executives generally make it their business to be intimately aware of those needs in the community—more so than most individual donors. Consequently, in times of greatest need, foundation boards are usually the first to step up their giving. This is why they exist.

That is true to some extent with donor-advised funds, though the individual(s) “advising” those distributions may not be as up-to-date on the community’s needs or priorities. Assets and cash accumulated at foundations and donor-advised funds have technically already been donated as tax-deductible gifts to qualified charities. There is no decision whether or not to give but only where those funds will eventually land.

Foundations are required by law to dispense at least 5% of their corpus each year, while there is no minimum distribution for donor-advised funds. Whether intentionally or inadvertently, donor-advised funds during seasons of high interest tend to accumulate more cash than they distribute and are uniquely positioned to help nonprofits struggling to keep pace with the cost of doing business in inflationary periods.

MOST IMPORTANT OF ALL, THIS IS NOT about financial transactions designed purely as a hedge against inflation. That is missing the main point—giving strategies that are a win-win for both donors and nonprofits. The primary goal for donors is not simply winning the inflation game. It is how to continue making a difference during record-setting inflationary periods.