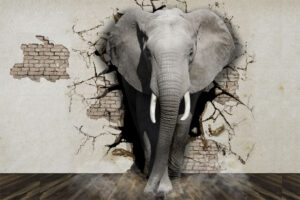 Last month’s post about the Biden Tax Plan painted a bleak picture for fundraisers and nonprofit leaders. While there are certain to be numerous negative tax implications for the wealthy under the Biden Administration (see The Biden Tax Plan), the other side of the coin is the compelling motivation to give. In other words, if donors with considerable wealth do not give away a much larger portion of their assets, the government will take those assets by virtue of the all-but-certain changes to the IRS statutes.

To summarize—five takeaways from last month’s post are as follows:

1. The proposed changes to the tax code will impact major donors with greater giving capacity far more than they will impact middle-class donors contributing to an annual fund.

2. The philanthropic instruments of choice among wealthy donors wanting to make tax-efficient or increased-impact contributions are almost all gifts from donors’ net worth— charitable trusts, gift annuities, IRA charitable rollovers, donation of appreciated of stock, etc.

3. The solicitation of these types of gifts requires more fundraising experience as well as more time to cultivate and process. Consequently, nonprofit institutions over the last few decades have increasingly focused on appeals for immediate cash (the easy gifts) rather than a balance of both current cash gifts and gifts of net worth—See UNFORTUNATE FOCUS ON CASH: Donation Types as Predictors of Future Growth.

4. Thus, the obvious conclusion in last month’s post: “Nonprofits that have maintained the habit and the expertise to solicit future gifts of net worth will have a decided advantage under the Biden Tax Plan. That very well may be the difference between organizations that merely survive and those that thrive.”

My further advice… think bigger and not smaller.

Taking that idea one step further, my advice to our nonprofit clients in the wake of Covid-19 and the coming Biden tax changes is to think bigger and not smaller. Increasing their efforts to cultivate and solicit strategic gifts of net worth will create an organizational sea change as well as even larger gifts that will impact society as a whole (i.e. greater than your own organization).

STRATEGIC PHILANTHROPY VS TACTICAL PROBLEM-SOLVING
In my July 2012 post, I referred to the novel by Mary Mapes Dodge, The Silver Skates. In that story, Hans Brinker discovered a hole in the dike and plugged it with his finger. The little Dutch boy kept his finger in the dike all through the frigid night and saved the town from a catastrophic flood. You can probably think of occasions in which donors have responded to an organizational crisis by plugging the leaky dike and helping stabilize the organization. Hans Brinker’s tactical response saved the day for that village, but there are hundreds of dikes in The Netherlands requiring thousands of tactical responses. A strategic approach would be to build a storm surge barrier that would be the solution to the systemic problem—that is, one-third of the country lies below sea level.

A massive flood in 1953 killed 1,835 people, displaced 70,000 more, and caused damages worth over 1 billion Dutch Guilders (450 million Euros), after which construction began on a network of storm surge barriers around the Rhine-Meuse-Scheldt delta. One characteristic of strategic philanthropy is that a single gift solves many problems. The American Society of Civil Engineers designated the Oosterschelde storm surge barrier as one of the “Seven Engineering Wonders of the Modern World.”

A strategic approach would be to build a storm surge barrier that would be the solution to the systemic problem—that is, one-third of the country lies below sea level.

The Oosterschelde barrier began operation in 1986, costing 2.5 billion Euros—more than 5.5 times the cost of the 1953 flood damage. However, it created a permanent solution. The other characteristic of strategic gifts is that they are much larger than tactical-response gifts given to solve an immediate crisis. Strategic gifts are also far more efficient in the long run because the return on investment (ROI) of a strategic gift is measured over years, decades, or generations of residual impact. Whereas, the ROI of a tactical-response gift to avert a crisis is measured only in the timeframe of that immediate need.

GATES APPROACH TO STRATEGIC PHILANTHROPY
From 2006 through Q4 2019, the Bill & Melinda Gates Foundation invested $54.8 billion (that’s “billion” with a “B”) in charitable initiatives around the world. Whether the eradication of polio, malaria, or diseases caused by polluted water, Bill Gates tackles seemingly insurmountable global problems by thinking bigger than others. Gates typically asks questions like, “What will it cost to eliminate the last remaining case of polio, or how can we reduce the global carbon footprint to zero?” After researching every aspect of every obstacle, he often concludes that though most proposed solutions are good for public relations, they are woefully insufficient to actually solve the problem. He then begins to use his financial assets, his exhaustive research, and his innovative skills to create a global sea change. In other words, the Gates Foundation doesn’t piddle around with tactical responses (like Hans Brinker plugging one hole with his finger in the dike), the foundation uses its considerable assets to attack strategically—big investments to attack the problem at its root cause. The Gates approach has been so effective at dealing with systemic problems that Warren Buffet (another strategic philanthropist) pledged $30 billion, half of his net worth, to the Bill & Melinda Gates Foundation.

Few, if any other than the Bill and Melinda Gates Foundation, have the assets, influence, or ingenuity to solve mega-problems and change the world. But on a smaller scale, there are many individuals with the ability to change an organization or a community.

ATTACKING A REGIONAL PROBLEM AT THE SOURCE
Two years ago, we worked with a gentleman on an estate plan that created an extraordinarily large gift. As a major donor to a hospital foundation, the donor was acutely aware that one of the major challenges for regional hospitals is recruiting and retaining highly qualified doctors and nurses. There were more opportunities for career development in big cities.

Few have the assets, influence, or ingenuity to solve mega-problems and change the world. But on a smaller scale, there are many individuals with the ability to change an organization or a community.

Strategic philanthropists are less likely to donate tactically to fix a single problem or give emotionally to create a feel-good moment. It’s not that they’re uncaring or unwilling to respond to a particular need. Rather, their compassion and response to needs are expressed in large strategic gifts that focus on the systemic problems. In this case, our client organization’s donor completely funded a continuing education facility used for advanced training of physicians with a simulation lab for doctors and nurses. The facility is up and running and beginning to equip medical professionals to become experts in their respective specializations.

LISTENING TO STRATEGIC DONORS
Each year for many years, I’ve hosted a dinner with Thompson & Associates’ estate planning clients who have either made or designated charitable gifts of over $1,000,000. Typically, 20 or more major donors attend. Since their giving decisions are confidential, I intentionally exclude nonprofit representatives—just the donors and me. After welcoming and thanking everyone, I pose a few general questions and stop talking. I want to hear these individuals share their thoughts about philanthropy and their future giving priorities. Since Covid-19 restrictions have prevented meeting, the next gathering of estate-planning philanthropists will be in January 2022. With all the change and challenges for fundraisers over the last 24 months, I am anxious to hear what this group has to say, many of whom have given generously during the pandemic.

BIG VISION AND STRATEGIC SOLICITATIONS
While the ninety-nine percent look for a way to advance a cause within the rules of the game (i.e. the way things are), the top one percent see themselves as hyper-agents. These donors (by virtue of their wealth) have developed a very uncommon sense of empowerment, access, and potential to impose their will on society by changing the rules or “the way things are.” Consequently, they are far more likely to think in terms of affecting a cultural or organizational sea change than those who share the same concern but without the same sense of empowerment.

Amid Covid-19 and the proposed Biden Tax Plan, many nonprofit institutions have circled the wagons in a purely defensive mode, appealing for smaller gifts of immediate cash from discretionary income. However, with the impending tax environment in which donors will be forced to “use it for charity or lose it,” I advise nonprofits to ramp up their planned giving capacities, solicit gifts of net worth, and THINK BIG, STRATEGIC GIFTS.