THE BIDEN TAX PLAN: Nonprofits That Are Best Prepared to Succeed 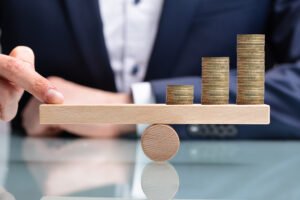 There has always been a balance between government’s responsibility to provide a safety net and the mandatory redistribution of personal and corporate wealth by means of taxation. On the one hand, no one wants to return to the harsh and heartless days of Victorian England in the 1830s-1840s. On the other, high aspirations of economic equality usually have unintended consequences—they seem only to impoverish people equally. The free-market realities were described in The Wealth of Nations by Scottish economist, Adam Smith. Specifically, there has always been a trickle-aspect to the accumulation of wealth and to philanthropy (Smith’s Theory of Moral Sentiments). The questions are 1) how far and how fast does wealth have to trickle down before it has a meaningful impact on the social and economic needs; and 2) when do the needs of the community increase to the point that philanthropy becomes (for all practical purposes) mandatory? Without commenting on where that balance should be, the proposed Biden tax plan will shift the pivot point significantly.

…how far and how fast does wealth have to trickle down before it has a meaningful impact on the social and economic needs?

The Biden tax plan is for the most part the Obama plan that never made it through the U.S. Congress. The changes that will impact charitable giving are listed below.

Under the Biden Plan: The top marginal tax rate will be 39.6%.

Current IRS Statute: Itemized deductions generate tax savings at whatever top marginal tax rate applies to a taxpayer in the particular year, the highest being 37% currently.

Current IRS Statute: There is an $11.7M per person estate tax exemption on all property transferred at your death. The “Gross Estate” consists of an accounting of everything you own or have financial interests in at the date of death. An estate tax of 40% is levied on all assets in excess of that $11.7M per-person exemption. The statute specifying this amount was enacted for the tax year 2018 and is scheduled to “sunset” at the end of 2025, returning to the previous amount—$5M per person, indexed to inflation from 2012 likely resulting in a 2026 exemption between $6M and $7M.

Under the Biden Plan:  The per-person gift and estate tax exemption would be reduced to $3.5M per person, and there would be a 45% estate tax on every dollar above that exemption.

Current IRS Statute: Heirs inheriting appreciated assets are “stepped-up” to the cost basis as of the bequeathal’s date of death. The maximum long-term capital gains tax rate for 2020 is 20%. ACA Medicare surtax of 3.8% also applies if Modified AGI is over $200K for singles and over $250K for married couples.

Under the Biden Plan: Heirs inherit and assume cost basis, and the maximum long-term capital gains tax rate would almost double to 39.6% on all inherited assets above the $3.5M per person.

Current IRS Statute: The top rate on both capital gains and qualified dividends is 20%, while ordinary dividends are taxed at 37%.

Under the Biden Plan: The top tax rate on BOTH capital gains and qualified dividends would increase to 39.6%.

An article by Ben Gose in The Chronicle of Philanthropy, quotes Arthur Brooks, a professor at Harvard University and former president of the American Enterprise Institute saying: “Limiting the deduction would be a disaster for universities, arts institutions, and other charities that rely heavily on big gifts from the wealthiest Americans.”1 Research that Brooks conducted about the proposed change during the Obama administration found that the cap on deductions alone would drive down total giving by 4.4. percent. Arthur Brooks adds, “Every nonprofit that gets resources from the top one percent should be extremely concerned.”

Nonetheless, there is reason to believe that the Biden tax plan could actually encourage wealthy Americans to give more. That is especially true when people realize that holding appreciated assets until death means that their heirs will have to pay both estate and capital gains taxes on inherited assets at double the current rate. Paul Grassmann, J.D., LL.M., FCEP, is Senior Vice President at Thompson & Associates, says, “Individuals expecting to lose the majority of their assets over the $3.5M per person exemptions will look to make transfers during life to remove appreciation from their estate.”

“Every nonprofit that gets resources from the top one percent should be extremely concerned.”

SURVIVE OR THRIVE
These are only proposed changes, but given the current political balance of power in Congress, it’s quite likely that most if not all of the Biden proposals will become law. Far more important than changes to the IRS Tax Code are characteristics of nonprofit institutions—have they positioned themselves to survive and succeed in the coming years? Below are a few observations:

1. Whether one has a positive or negative perspective regarding these changes, they are significant and will define the fundraising environment for the foreseeable future—particularly among wealthy donors.

2. Though well intended economic theories seldom work as well in practice as they do on paper, the Biden plan is designed to financially empower individuals at the middle to lower end of the economic spectrums. At the lower end are the people your organization might be serving or at the higher end contributors to your annual fund. That’s good news because it might take some pressure off nonprofits serving those in need. The bad news is that your major donors (those with significant giving capacities) will be the ones who take the biggest financial hit under the Biden plan.

3. Over the years nonprofits have placed increasing emphasis on current gifts. Those cash gifts are the easiest to process in terms of time, cultivation, and complexity—make the appeal, deposit the check, and send a gift-acknowledgment letter.

4. While current gifts of cash are far easier to solicit and process, almost all the tax strategies used by wealthy donors to protect assets and to maximize the impact of charitable giving are gifts from donors’ net worth in the form of charitable trusts, gift annuities, bequests, IRA qualified charitable distributions, and gifts of appreciated stock as an asset replacement strategy (see UNFORTUNATE FOCUS ON CASH: Donation Types as Predictors of Future Growth by Dr. Russell James). All these giving strategies require more time to cultivate and experience to process. In many instances, such as setting up various types of trusts, donors need the assistance of their attorneys.

…almost all the tax strategies used by wealthy donors to protect assets and to maximize the impact of charitable giving are gifts from donors’ net worth.

5. While nonprofits may find it easier to raise money for the annual fund, those same gifts of cash will be more difficult to solicit among donors with a heightened awareness of tax-efficient giving. Consequently, nonprofits with the habit and the expertise to solicit future gifts of net worth will have a decided advantage.

My experience has been that people with genuine charitable intent find ways to give generously and those without it will not—no matter what the IRS statutes say. The question is whether or not your organization has positioned itself to effectively cultivate and solicit the major gifts that are an essential part of the fundraising mix. That very well may be the difference between organizations that merely survive and those that thrive.

1″Biden’s Tax Plan Would Steer Aid to the Poor but Could Deter Some Wealthy Donors From Giving,” Ben Gose, October 28, 2020, The Chronicle of Philanthropy