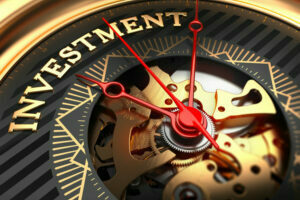 As we venture into 2021, I feel compelled to add a few comments about nonprofit plans and policies going forward. Specifically, I’m doubling down on my suggestion to establish consistent metrics, without which it’s impossible to tell how well or how poorly our fundraising initiatives are performing. When budgets are tight and obstacles stand in the way of every development activity, there’s not a lot of margin for error. Fundraising shops need a well-conceived plan they can put into practice and stick to with confidence.

Every step in the fundraising process is a step of faith. You have to believe that the mission of your organization is worthy of support, you have to believe in your own abilities to inspire generous giving, and you have to believe in the organizational strategic plan. This is why fundraisers are such a unique breed, and not everyone can do it well. The fundamental belief is that by investing time and money in fundraising initiatives and then cultivating those relationships will, in-season, yield a return that far exceeds the investment. That has to be a bedrock principle you embrace to have any confidence or success in this field.

Everyone in the fundraising community is familiar with the return-on-investment (ROI) ratio, as well as the inverse formula—the Cost of Raising a Dollar (CRD). On average, the ROI of combined fundraising expenses is 300% to 400%. In other words, every one dollar invested in fundraising eventually averages an ROI of $3.00 to $4.00. If you had a money machine that would spit out $4.00 every time you fed a dollar into it, you would never cease to feed that machine—even if the money machine seemed to be temporarily out of service.

Since fundraising ROI is a well-established and time-tested principle, why is it that over the last decade so many nonprofits have reduced fundraising investments as a percentage of the overall budget? It seems that many leaders have been gradually abandoning the principle, concluding that the fundraising ROI does NOT apply to their organizations.

Below are a couple of possible reasons for those reduced investments.

It seems that many leaders have been gradually abandoning the principle, concluding that the fundraising ROI does NOT apply to their organizations.

The longstanding practice of under-reporting the Cost to Raise a Dollar (CRD) is to give the impression of a highly efficient organization, even though the reported numbers are obviously implausible. The assumption is that the ability to brag about a low CRD and the high ROI makes organizations look better with a larger percentage going to the program.

The practice of under-reporting of the true cost of fundraising has become so common and so egregious that on October 21, 2014, GuideStar, Charity Navigator, and Better Business Bureau’s Wise Giving Alliance jointly published an open letter to all nonprofit organizations under the title, “The Overhead Myth”. The letter called them out on consistent misrepresentations of fundraising expenses. The first recommendation in the letter was to “demonstrate ethical practice in the data about your performance,” and to “proactively demonstrate why donors should trust you.” Those were pretty harsh words, but the practice had continued unchecked for decades.

The pressure for under-reporting comes from donors, charity-watch groups, media, board members, event organizational accountants, among others. According to a survey conducted by The Chronicle of Philanthropy, a majority of nonprofits say their accountants advised them to report zero in the fundraising expense section of Form 990. Intentionally falsifying combined fundraising costs is, by the way, a federal crime that can result in a $50,000 fine. Since the Internal Revenue Service has more egregious tax-evaders to pursue, nonprofits are rarely prosecuted.1 However, major donors (particularly those in the business world) know those are fictitious numbers that in no way represent the real costs. Consequently, the effort to build trust can have the opposite effect. Donors are conditioned to view nonprofit metrics with a high degree of cynicism. From my perspective, the primary issue is trust and honesty among donors.

Unless nonprofits are keeping two sets of books, there are no consistent and reliable metrics to evaluate what is working and what is not. You might wonder where I got the data suggesting that fundraising budgets and investments have declined for the last decade. Since little can be learned from Form 990 surveys due to persistent reporting inaccuracies, my data is purely anecdotal. It comes from ten years of public and private conversations, many regarding their organizations’ decisions to reduce staff and investments in fundraising.

Major donors (particularly those in the business world) know those are fictitious numbers that in no way represent the real costs. Consequently, the effort to build trust (by under reporting CDR) can have the opposite effect.

But, back to the idea of a fundamental belief in fundraising ROI.  One of the reasons fundraising executives do not have a firm commitment to fundraising ROI is there are often no metrics that prove it or reinforce it among fundraising staff.

REASON #2: Learned Habits Are Hard to Extinguish. Every student in a Psychology 101 lab is introduced to classical conditioning by conducting a series of experiments with mice pushing a bar to obtain food pellets. Some of the mice are rewarded for every bar push, others at a fixed ratio (e.g. rewarded every fourth push), and a third at variable intervals (e.g. at varying points in time regardless of the number of pushes on the bar).

One of the more applicable lessons from these experiments is how the learned experiences by the mice shaped their behaviors. Without getting too deep into a discussion of classical conditioning, mice being rewarded on a variable-ratio schedule demonstrate behavior similar to a gambler at a slot machine—that is, a reward is delivered with a varying number of plays. There are two observable behaviors of the variable-ratio reward system. 1) Gamblers are conditioned to feed coins into the machine methodically and, like the mice, do so with a mechanical repetition of a ticking metronome. 2) The other behavioral characteristic is that once the variable-ratio conditioning is established, it is the hardest of all types of learned behaviors to extinguish.

In the world of behavioral science, fundraising investments are similar to a variable-ratio system of rewards for performance. I feel obligated to apologize for comparing career fundraisers to mice in an experimental laboratory. However, we all (myself included) tend to resort to habits and experiences we’ve “learned” along the way. Fundraisers who are conditioned over time to expect a donation with a variable number of appeals (variable-ratio conditioning) tend to be extremely persistent and methodical at what they do. I was conditioned by my experience to simply believe the more appeals I made, the more money I would raise. That DID NOT mean I treated donors like numbers, but rather that if I made a particular number of asks over a given time, I would eventually get a positive response. After 40 years, I’m still asking major donors to make significant contributions because my client and I believe in the phenomenal fundraising ROI. Once that belief is conditioned, it is very hard to extinguish.

I was conditioned by my experience to simply believe the more appeals I made, the more money I would raise.

In terms of investments in fundraising, if the fundraising ROI is even close to 400%, why have so many nonprofits reduced their fundraising investment over the last decade? What nonprofit can afford to stop making an investment that on average yields a 300-400% return on investment? More importantly, how and why is the belief in such a fundamental principle of fund development being systematically extinguished?

No doubt, consistent tracking and reporting of fundraising ROI is difficult to corral and wrestle into submission. The alternative, however, is to continue on without clear and consistent data to evaluate performance. As I said in the beginning, I’m doubling down on my suggestion to establish consistent metrics. When budgets are tight and obstacles stand in the way of every development activity, there’s not a lot of margin for error. Renowned management consultant Peter Drucker wrote, “If you can’t measure it, you can’t manage it.”