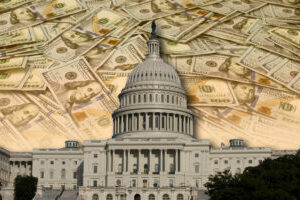 After meeting with thousands of selected donors over the last 40 years and listening carefully to their desires and concerns for the succeeding generation, I pose three basic questions. These three basic questions have led to a significant philanthropic impact. In the last five years alone, we’ve helped over 4,000 donors clarify their values and goals into a comprehensive estate plan.  In that time, we’ve helped over 2,600 of those donors designate a major gift of assets both to Thompson & Associates’ client organizations and to other nonprofits across the country. There’s no trademarked secret to our process, and any nonprofit fundraiser or planned giving officer can ask these same questions to get the conversations started.

Question #1: Do you already know what percentage of your assets you would like to give to your children? This is often a complex decision because it’s not just a matter of how much donors can give their children but when and how much they should give. At some point, and under certain circumstances, an excessive amount of inherited wealth becomes counterproductive. Parents’ good intentions can quickly turn into a series of unintended consequences. What you impart to the next generation about the meaning, value, and purpose of wealth is far more significant than the amount you leave to them—be it great or small.

In the last five years, we’ve helped over 4,000 donors clarify their values and goals into a comprehensive estate plan.

Question #2: What percentage of your children’s total inheritance would you like to give outright at death, give as an ongoing income stream, and/or give as lump-sum payments over a period of time? Working through a few simple estate-planning options gets the attention of high net worth donors—even those with existing estate plans. I’ve seen a change over the last few years. Approximately half the donors I work with are choosing to limit the amount they give their children or spread it out over a number of years. For more details about how I explain the options, see Helping Donors Answer Their Most Perplexing Questions.

Question #3: Would you prefer the social capital that you cannot transfer to your family go to the Internal Revenue Service or would you rather give it directly to a charity that you choose?  At Thompson & Associates, we get to help donors develop a plan that is based on these core values.  This is an indirect challenge to donors to think through their personal values and the possibility of leaving a legacy in the form of a beneficiary designation, bequest, or charitable trust. Rarely do I ever hear donors say they would rather invest their social capital with the IRS—but not because they are unpatriotic. They opt to give to charities because they believe the money will be used more efficiently and in ways that are consistent with their core values.

DONOR PERCEPTIONS
The common assumption is that government spending is wasteful, grossly inefficient, and burdened with many competing political agendas. For those reasons, a relatively small percentage of government funding finds its way to the people and programs that really need it. The cost of operating the federal bureaucracy makes the return-on-investment (ROI) of every tax dollar collected by the IRS only a fraction of the ROI of targeted charitable gifts.

But is that true?

Having asked thousands of donors about investing their social capital with the IRS or the charity of their choice, I feel compelled to take a deeper dive into the actual return-on-investment for each option.

FEDERAL VS PHILANTHROPIC FUNDING
Historically, there have been some government programs that have proven to be highly effective—the GI Bill and the Department of Agriculture come to mind. And, the Federal Emergency Management Agency (FEMA) does a good job of putting money to work in ways that directly help people in time of need.

Regarding research and development programs; they tend to be very costly but when successful have a tremendous upside. As Thomas Edison once said, “I have not failed. I’ve just found 10,000 ways that won’t work.” Ten thousand learning experiences can be quite costly; some would call it wasteful spending. However, when it comes to federally funded research and development programs, the National Aeronautics and Space Administration (NASA) is one of the best. NASA has had a very good ROI because the technological innovations for the space program have generated about $14 of economic activity for every one tax dollar invested in NASA.

Unfortunately, that kind of disciplined focus and mission faithfulness is the exception, not the rule. When it comes to strategic applications of funding to solve big problems, one essential fact stands out—the more politicized the process, the less focused the attempted solution. The most recent example is the $1.9 trillion ($1,900,000,000) American Rescue Plan Act passed by Congress and signed into law in March 2021. The Wall Street Journal editorial board estimated that only $825 billion was directly related to Covid-19 relief while over $1 trillion was allocated to the “expansions of progressive programs, pork, and unrelated policy changes.” OpenTheBooks.com was even more critical of what congressional leaders considered to be “coronavirus-recovery essential” spending: Just a few examples:

Most significantly, there is no need-testing for payments made to individuals, states, or local communities. The American Rescue Plan Act of 2021 was in addition to the previous $4-trillion-dollar coronavirus aid package enacted one year ago, most of which has not yet been spent. During the past three years, Republicans and Democrats from the left and the right have helped drain the U.S. Treasury. Our national debt increased from $10 trillion (2008) to $19.6 trillion (2016) to $23.6 trillion (2020) and stands at $28 trillion today. Is it any wonder that donors almost universally assume that philanthropy is a more efficient and effective use of their “social capital?”

Asked in 2011 “Which do you think is more cost-effective in promoting social good—private charities or the government?” 73 percent of adults nationwide said charities were the most cost-effective, while 17 percent selected government agencies. Asked in 2010 whether they most trust government, business, or nonprofits to solve “the most pressing issues of our time,” 71 percent of Americans picked nonprofits. Donors believe that most philanthropic efforts get a lot of bang for the buck. That’s why Americans voluntarily handed $410 billion to charities in 2017.

DONOR RESPONSES TO THE THREE QUESTIONS
Due to the Covid-19 meeting restrictions throughout 2020, Thompson & Associates’ opportunities for conversations with donors of our client organizations were radically reduced. Nevertheless, we were able to meet with donors via video conferencing and phone calls. The results are reported below:

Even amid the pandemic, we continue to be encouraged by the part we’re able to play in facilitating charitable gifts through the Thompson & Associates foundation-sponsored estate planning process. We are proud of what we’ve been able to do for our clients, but that’s really not the point here. Rather, it’s the simplicity of what we do—one-to-one, face-to-face conversations with major donors, asking three basic questions about how they want to invest the remaining assets they are unable to transfer to their family. There is always the temptation to descend into the ever-increasing complexities of estate planning. And in doing so, fundraisers could appear very smart and sophisticated. On the front end, however, simplicity almost always trumps complexity.

1 Is There Waste or Bloated Spending in the $1.9 Trillion Coronavirus Stimulus Bill?