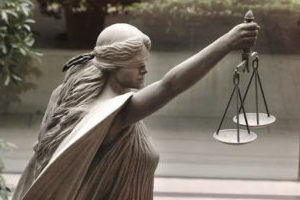 In my discussion with nonprofit leaders over the last few weeks, there’s a persistent anxiety about the future—and for good reasons. They’re having to deal with staff reductions and furloughs in fund-development departments, the inability to visit donors, and frightening realities in all nonprofit sectors, particularly at hospitals and universities.

There are also some encouraging signs—also for good reasons. Nonprofit leaders are reporting increases in planned gifts, at least among the organizations that are presenting those options. Historically, that has been a common response during economic slow-downs. The pandemic is an added factor. Boston-based Gentreo has seen a 143% week-over-week increase in people filling out wills, while San Diego’s Trust & Will has seen a 50% uptick in users (CNBC.com). It’s hard to say right now if that trend will continue. After all, we seem to be traveling together through uncharted territory.

It’s not what you think will happen in the future; it’s how you handle the circumstances facing you today.

Another encouraging sign is that after absorbing initial coronavirus shock and facing the worst fears over what might happen, nonprofit leaders seem to be focusing on responses to the current crisis, as well as their plans for what they’re going to do when it subsides.

When it comes to issues of health, safety, and the reopening of the economy, experts with oh-so-certain opinions are all over the board. Whether you feel hopefully optimistic or in the depths of despair might depend upon the last report you heard. So, the challenge for nonprofit leaders is not what you think will happen in the future; it’s how you handle the circumstances facing you today.

With that question in mind, I think back to a story told by an old friend, Max Lucado. Max heard the tale from a missionary in Brazil many years ago and included it in his book (appropriately titled) In the Eye of the Storm (Word Publishing, 1991. Unedited version below used with permission.)

Once there was an old man who lived in a tiny village. Although poor, he was envied by all, for he owned a beautiful white horse. Even the king coveted his treasure. A horse like this had never been seen before—such was its splendor, its majesty, its strength.

One morning he found that the horse was not in the stable. All the village came to see him. “You old fool,” they scoffed. “We told you that someone would steal your horse. We warned you that you would be robbed. You are so poor. How could you ever hope to protect such a valuable animal? It would have been better to have sold him. You could have gotten whatever price you wanted. No amount would have been too high. Now the horse is gone, and you’ve been cursed with misfortune.”

The old man responded, “Don’t speak too quickly. Say only that the horse is not in the stable. That is all we know; the rest is judgment. If I’ve been cursed or not, how can you know? How can you judge?”

The people contested, “Don’t make us out to be fools! We may not be philosophers, but great philosophy is not needed. The simple fact that your horse is gone is a curse.”

The old man spoke again. “All I know is that the stable is empty, and the horse is gone. The rest I don’t know. Whether it be a curse or a blessing, I can’t say. All we can see is a fragment. Who can say what will come next?”

The people of the village laughed. They thought that the man was crazy. They had always thought he was a fool; if he wasn’t, he would have sold the horse and lived off the money. But instead, he was a poor woodcutter, an old man still cutting firewood and dragging it out of the forest and selling it. He lived hand to mouth in the misery of poverty. Now he had proven that he was, indeed, a fool.

After fifteen days, the horse returned. He hadn’t been stolen; he had run away into the forest. Not only had he returned, he had brought a dozen wild horses with him. Once again, the village people gathered around the woodcutter and spoke. “Old man, you were right, and we were wrong. What we thought was a curse was a blessing. Please forgive us.”

The man responded, “Once again, you go too far. Say only that the horse is back. State only that a dozen horses returned with him, but don’t judge. How do you know if this is a blessing or not? You see only a fragment. Unless you know the whole story, how can you judge? You read only one page of a book. Can you judge the whole book? You read only one word of a phrase. Can you understand the entire phrase?”

“Life is so vast, yet you judge all of life with one page or one word. All you have is a fragment! Don’t say that this is a blessing. No one knows. I am content with what I know. I am not perturbed by what I don’t.”

You see only a fragment. Unless you know the whole story, how can you judge?

“Maybe the old man is right,” they said to one another. So they said little. But down deep, they knew he was wrong. They knew it was a blessing. Twelve wild horses had returned with one horse. With a little bit of work, the animals could be broken and trained and sold for much money.

The old man had a son, an only son. The young man began to break the wild horses. After a few days, he fell from one of the horses and broke both legs. Once again, the villagers gathered around the old man and cast their judgments.

“You were right,” they said. “You proved you were right. The dozen horses were not a blessing. They were a curse. Your only son has broken his legs, and now in your old age you have no one to help you. Now you are poorer than ever.”

The old man spoke again. “You people are obsessed with judging. Don’t go so far. Say only that my son broke his legs. Who knows if it is a blessing or a curse? No one knows. We only have a fragment. Life comes in fragments.”

It so happened that a few weeks later the country engaged in war against a neighboring country. All the young men of the village were required to join the army. Only the son of the old man was excluded, because he was injured. Once again, the people gathered around the old man, crying and screaming because their sons had been taken. There was little chance that they would return. The enemy was strong, and the war would be a losing struggle. They would never see their sons again.

“You were right, old man,” they wept. “God knows you were right. This proves it. Your son’s accident was a blessing. His legs may be broken, but at least he is with you. Our sons are gone forever.”

The old man spoke again. “It is impossible to talk with you. You always draw conclusions. No one knows. Say only this: Your sons had to go to war, and mine did not. No one knows if it is a blessing or a curse. No one is wise enough to know. Only God knows.”

The old man was right. We only have a fragment. Life’s mishaps and horrors are only a page out of a grand book. We must be slow about drawing conclusions. We must reserve judgment on life’s storms until we know the whole story.

Contact Upwords to order copies of Max Lucado’s In the Eye of the Storm.

“If we merely aim for the industry standard, then our goal is mediocrity. Emulating the average nonprofit, we are destined to live with all the problems the average nonprofit faces. So, we suggest you aim to be exceptional in your approach to fund development.”  —Eddie Thompson