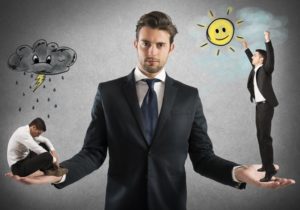 Over the last few weeks, I’ve presented a dozen or more webinars for our clients and other organizations on fundraising in a pandemic. Make-A-Wish Foundation, Adventist West, and Texas Community College Foundations were among the participating organizations the last few days. St. Jude Children’s Research Hospital and the American Heart Association are on my calendar for webinars in the next few days. I have also presented and am serving on a panel for a collaborative webinar series hosted by Blackbaud with over 1,875 registrations, representing a vast number of organizations. These conversations were a good barometer of nonprofit perspectives on the coronavirus pandemic as well as their organizational fundraising efforts. Many of the comments have been very encouraging.

That’s certainly not to suggest that glimmers of hope were not mixed with a heavy dose of anxiety about the days ahead. The higher-education and healthcare sectors have been particularly hard hit by the coronavirus pandemic. Colleges and university campuses have been shut down for months, and the new normal is anything but clear. Many hospitals that have been operating with an unsustainable business models for decades are now wondering about their survival. It’s not so much immediate financial shortfalls or the length of the current economic shut down. What drives the fears of many nonprofit leaders is the impact of so many unknown factors.

I spend most of my time talking with donors. From my perspective, those fears seem to be far more pronounced among fundraisers and institutional executives than they are among major donors. Consequently, the optimism or pessimism among nonprofit leaders is often a reflection of the fund-development discipline and capacity at each institution.

THE ESSENTIAL INGREDIENT OF SUCCESS AND SURVIVAL
The way nonprofits excel and (in some cases) survive, is with leaders who demonstrate relentless optimism. If we are to learn anything at all from history, it is that optimism almost always prevails over the pessimism that is so common in today’s world. It may not prevail every day or through every season. However, history demonstrates that optimists eventually emerge, while the prophets of gloom and doom fade away. The pessimists either know this or are afraid that might be true. Perhaps that’s why they reject all ideas that are not brutally negative. It’s also why they get so angry at the optimists and try to shout them down.

The coronavirus pandemic and our webinar conversations remind me of the blog I posted back in September 2012. Below are a few paragraphs from OPTIMISM: Ben Franklin and the 200-Year Endowments:

“In 1785 a French mathematician named Charles Joseph Mathon de la Cour wrote a parody of Benjamin Franklin’s Poor Richard’s Almanac in which he mocked the unbearable spirit of American optimism represented by Franklin. The Frenchman fictionalized about ‘Fortunate Richard’ leaving a small sum of money in his will to be used only after it had collected interest for 500 years.

Franklin, who was seventy-nine years old at the time, wrote back to de la Cour, thanking him for the great idea and telling him that he had decided to leave a bequest to his native Boston and his adopted Philadelphia of 1,000 pounds to each, on the condition that it be placed in a fund that would gather interest and support the public good for the succeeding 200 years.

The future of the new nation was tenuous at best, and no one knew that better than Franklin.

Franklin’s optimism was not easily embraced. Since no nation in the modern world had ever attempted what the American colonies had set out to do, it was appropriately called the ‘American Experiment.’ The future of the new nation was tenuous at best, and no one knew that better than Franklin. Walking out of the Constitutional Convention in 1787, Benjamin Franklin was asked, ‘What kind of government did you give us?’ Franklin replied, ‘A republic if you can keep it.’ Notwithstanding the perils that lay ahead, Franklin’s irrepressible optimism enabled him to see past the innumerable needs of the moment and uncertainty of the future. Two years later in 1789 he wrote a codicil to his will that provided funds to establish the 200-year endowment.

…Great institutions are built by visionaries—optimistic leaders and supporters who are certainly aware of the ills and evils of society but choose to focus their attention on the preferred future.”

COURAGE AND CONVICTION OF THE GREATEST OPTIMISTS
Ben Franklin was an irrepressible optimist, even though he understood the remote chances of the American colonies surviving the inevitable onslaught of the British Empire. However, he was not the first nor the last to change history by refusing to embrace the pessimism of those around him. Below are quotes from (by my estimation) the three most courageous optimists of the 20th century.

Franklin D. Roosevelt: The economic optimism of the roaring 20s turned to despair overnight with the stock market crash on October 24, 1929. In 1933, the darkest days of the Depression, Roosevelt delivered his First Inaugural Address, which included his most famous warning, “The only thing we have to fear… is fear itself.” On the surface, that doesn’t make a lot of sense. There were indeed many scenarios to be very afraid of, including the collapse of the United States of America. What FDR was referring to was what would happen if people surrendered to pessimism and voices of the doomsayers.

History demonstrates that optimists eventually emerge, while the prophets of gloom and doom fade away. That’s why they (pessimists) reject ideas that are not brutally negative. It’s also why they get so angry at the optimists and try to shout them down.

Martin Luther King Jr. once said, “If you can’t fly, then run; if you can’t run, then walk; if you can’t walk, then crawl; but whatever you do, you have to keep moving forward.” King was courageous, persistent, and an incurable optimist. Though he had encountered American racism at its very worst, he said in his Nobel Peace Prize acceptance speech, “I accept this award today with an abiding faith in America and an audacious faith in the future of mankind… I refuse to accept despair as the final response to the ambiguities of history. This faith can give us courage to face the uncertainties of the future.”

Sir Winston Churchill: On June 4, 1940, Winston Churchill responded to those who were advocating a negotiated surrender to Hitler in the face of Great Britain’s inevitable defeat. His speech contained the memorable lines:

Churchill was not an American but pinned his hopes for survival upon the former British Colonies. After Pearl Harbor, American optimism was again on display, even though the first two years of WWII resulted in multiple setbacks and surrenders.

This will sound to many like a bit of romanticized cheer-leading. However, every now and then nonprofit leaders need some cheering. When the very survival of your organization is at stake, courage becomes the essential ingredient of fearless optimism. Put another way, it takes courage to be an optimist in the face of great obstacles and in the presence of a tidal wave of pessimism. To survive and excel in the coming days we will need nonprofit leaders who resemble the unwavering optimism of Franklin, FDR, MLK, and Churchill. When you consider the challenges each of these leaders faced, it should encourage us to take on the uncertainties of the coming year.

ENTREPRENEURIAL EXCEPTIONALISM
Americans have a long history of responding to difficulties and seemingly unsolvable problems with optimism and creativity. Surrendering to the seemingly inevitable is an unacceptable response. Whether by creating a new form of government in response to foreign tyranny or responding to a pandemic with a vaccine or immune therapy, they tend to invent their way out of insurmountable problems. Some might refer to this as American exceptionalism. It’s true that the United States is fertile ground for establishing businesses and nonprofits with innovative approaches, but Americans don’t have a monopoly on creativity or optimism. It’s more appropriately thought of as entrepreneurial exceptionalism.  Entrepreneurs as a group are characterized by grit, persistence, and fanatical determination. Pessimistic entrepreneurs are almost nonexistent, those two characteristics being mutually exclusive. Thomas Edison was an inventor with an optimism equal to that of Benjamin Franklin. When asked about his many unsuccessful attempts to create a working electric light, Edison replied, “I’ve succeeded in discovering a thousand ways that will not work.” Perhaps the most important characteristic of entrepreneurial exceptionalism is that they are fearless—i.e. they have little to no fear of failure.

Only a comparative small portion (of nonprofit staff) would possess the entrepreneurial spirit that would have created that organization from nothing.

Thinking about nonprofit leadership, it occurs to me that there are indeed nonprofit entrepreneurs who lead exceptional organizations. They were often the founders or provided the visionary leadership that propelled the organization to new plateaus of service. Of course, they didn’t do this alone. It took a lot of staff and volunteers serving at all levels of the organization. There’s a lot that can be said about the importance of a great team, but let me fast forward to a point I want to make. While an overwhelming majority of nonprofit staff are salaried employees who are also afforded the opportunity of working for a great cause, only a comparative small portion would possess the entrepreneurial spirit that would have created that organization from nothing. This in no way minimizes the contributions made by staff, volunteers, and donors at all levels of the organization. It is simply to say that we not only need to get and keep the right people on the bus, we have to have the right leaders driving the bus—those with entrepreneurial spirit that exudes relentless optimism, creativity, and determination to succeed and excel in the midst of difficult times.

“If we merely aim for the industry standard, then our goal is mediocrity. Emulating the average nonprofit, we are destined to live with all the problems the average nonprofit faces. So, we suggest you aim to be exceptional in your approach to fund development.”  —Eddie Thompson