REFERRAL SYSTEMS: How Much Are Fundraisers Leaving on the Table? 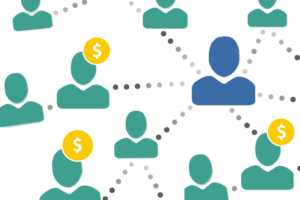 Throughout my 35 years as a development professional, my best leads have always been referrals—particularly those accompanied by personal introductions. That shouldn’t be a surprise to any experienced fundraiser. What is surprising is that so few nonprofits do a good job of acquiring and cultivating referrals, even from their most committed donors. There are countless consultants promoting strategies and systems—many of them very expensive; most simply repeating common-sense recommendations you’ve already heard. Nonetheless, new donor acquisitions and income from referrals is (in my way of thinking) mediocre at best.

What is surprising is that so few nonprofits do a good job of acquiring and cultivating referrals, even from their most committed donors.

Last month I commented on one of the important lessons I’d learned about asking. When I’m on my final approach to landing a major gift, I never deviate from my script which includes options for giving from appreciated assets, blending a gift from discretionary income with an estate gift, AND most importantly, referrals to others who might be interested in the vision and successes of the organization. I’ve made that ask with the appeal for referrals thousands of times and made it my top priority to follow up on each of them.

In a great many nonprofits, referrals from donors come in like a fish washing in over the transom—more of a surprise than the result of intentional fishing. There are, however, some outliers. For example, Blank Children’s Hospital and Foundation in Des Moines, Iowa, a Thompson & Associates client, continues to secure significant large donations from previously unknown referrals.

THE ROBERT ROSE CHARITABLE GIFT ANNUITY
Bob Rose was a longtime farmer in Carroll, Iowa who had planned to retire and live off the proceeds from the sale of his 80-acre farm. He approached his longtime friend and attorney, Robert Peters, for financial advice. Mr. Peters introduced Bob Rose to Blank Children’s foundation staff, the outcome being a $934,000 gift to the hospital (approximately half the value of the 80 acres) in exchange for a charitable annuity. The income from the annuity equaled the annual rent on his farm land, and Mr. Rose received a tax benefit, enabling him to sell the remaining 40 acres with zero capital gains tax liability. Bob Rose passed away eight years later in Prescott, AZ, and the hospital foundation received the remainder of the $934,000 gift.

In a great many nonprofits, referrals from donors come in like a fish washing in over the transom—more of a surprise than the result of intentional fishing.

The Rest of the Story: Bob Rose never married, had no direct heirs, and wanted to do something for charity. He lived in the small rural community outside of Carroll, Iowa, a town with a population of about 10,000 that was miles from the nearest town with more than 5,000 people. He had never been to Blank Children’s Hospital in Des Moines, didn’t know anything about the institution, and had no previous contact with the development department or hospital staff.

Though Bob Rose was the ideal candidate for estate planning, he was not in the Blank’s database and to his attorney’s knowledge had never been approached about a charitable gift. Yet, attorney, Robert Peters, was a legal professional who had for many years served as an unofficial advocate for the Blank Foundation. And it wasn’t the first time. Years earlier Mr. Peters had handled a $4.5 million gift to the children’s hospital from the Marian Vaatveit’s estate.

One of the primary characteristics of any effective referral acquisition system is a well-developed network of passionate advocates, including legal and financial professionals. These are people of influence in the community who make introductions, cheer for the institution, and take pride in their association with it. Professionals like this don’t just magically appear. Their enthusiasm and advocacy have to be intentionally cultivated.

TWO LATE, GREAT REFERRALS
I was asked recently who were my two greatest referrals. Since I make the appeal for referrals with every major gift, there are many examples from which to choose. So, I cited two of the most recent.

One of the primary characteristics of any effective referral acquisition system is a well-developed network of passionate advocates.

I had been working with a donor for several months on a planned gift and concluded with my standard appeal for referrals. The couple gave me two names, and (as is my practice), I followed up with a request for personal introductions. The donor introduced me to one of the referrals at breakfast and to the other at lunch. I arranged tours for each donor, and in the following meetings, both made six-figure inter vivos (during lifetime) gifts to the hospital, combined with planned gifts on which we began working. The two large gifts were the result of the right timing and the right institution, more so than any persuasiveness on my part.

The Rest of the Story: I also make a request for referrals about once a year to existing donors. There’s no better time to ask than on the tail end of donors’ giving decisions. Not only does it validate their decision to give, it reaffirms my donor-centered approach on behalf of our client organizations. That is to say, I’m not a desperate hard-closing solicitor but someone they can trust with a personal referral. In other words, if you put undue pressure on donors to give, don’t expect them to ever give you a referral.

I still follow up on all referrals, but without an agreement to make a personal introduction, the priority and the potential of a future gift is significantly reduced.

The most important takeaway from all three of these recent gifts to the Blank Children’s Hospital and Foundation was that none of these individuals had ever given to the hospital nor were they even in the institution’s database. These potential donors with significant giving capacities are what I call “unidentified funding opportunities”—(UFOs) flying underneath the institution’s radar.

AIMING FOR THE IDEAL
Many fund-development professionals are satisfied, even self-congratulatory, with remaining on par with the average number of high-quality referrals to their organization. But as I say each month in a postscript to every article, “If we merely aim for the industry standard, then our goal is mediocrity. Emulating the average nonprofit, we are destined to live with all the problems the average nonprofits face. So, I always suggest that organizations aim to be exceptional in their approach to fund development.” In other words, given the pressure for increased funding and the realities of donor attrition, nonprofits will survive and thrive only by far exceeding average in their ability to acquire and cultivate referrals.

None of these individuals had ever given to the hospital nor were they even in the institution’s database.

When it comes to securing major gifts from referrals, I have no secret recipe, no special training, no super powers. And so, don’t be discouraged if current donors do not immediately offer up a multitude of their contacts for you to solicit. In response to my systematic appeals, only about 15% of current donors are willing to refer their friends and associates. However, that 15% can and has made an enormous impact.

To state the industry-wide dilemma and solution as simply as possible: “We have not because we ask not.”