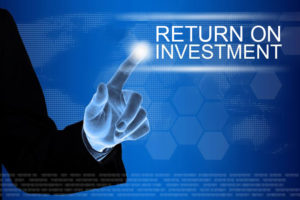 Over the last few months (March & April) I posted a couple of articles on Jim Collins’ follow-up supplement to his best-seller—the 35-page booklet entitled Good to Great and the Social Sectors. In those previous posts (GETTING THE RIGHT PEOPLE ON THE BUS and LEVEL 5 LEADERSHIP) I briefly summarized the leadership principles from Good to Great as Collins applied them to nonprofits. I also included examples from my own experience that further illustrate the concepts. The third article in this series is about leadership decision-making based on outputs (results) over inputs (investments)—and particularly the measurable results of ongoing investments in fundraising.

First of all, an illustration of the Good-to-Great principle.
Nonprofits are frequently rated on program efficiency—the percentage of the budget spent on fundraising and overhead as compared to the percentage spent on programs—the familiar breakdowns reported on Form 990. It’s a well-intended idea but reflects profound confusion. Collins’ example:

If you rank college athletic departments based on coaching salaries, you’d find that Stanford University has a higher coaching cost-structure as a percentage of total expenses than some other Division I schools. Should we, therefore, rank Stanford as “less great”? That’s what we might conclude—and our conclusion would be absurd.

Stanford won the National Association of Collegiate Directors of Athletics Cup for overall performance (i.e. combined success in all collegiate sports) for 10 consecutive years, beating out all other major schools, while delivering athlete-graduation rates above 80%.

To say, “Stanford is a less great program because it has a higher salary structure than some other schools” would miss the main point that Stanford Athletics delivered exceptional performance, defined by the bottom-line outputs of athletic and academic performance.

Outputs (results) and inputs (investments) confuse nonprofit leaders because of a fundamental difference between for-profit and nonprofit organizations. Success in the business world is valued with great precision by capital investments and the expected (if not guaranteed) return on those investments. In other words, money is the measure of both inputs (cost of investment) and outputs (the return on investments). In the nonprofit world, however, the return on investment (ROI) is difficult if not impossible to quantify. How do you measure ROI in terms of excellence in education, social services, or healthcare? Generally speaking, the Stanford example suggests the percentage of the university’s budget invested in coaches’ salaries is not the true measure of that department’s greatness.

RETREAT FROM FUNDRAISING
A few months ago, I was asked to give a presentation to the executive team of a hospital system in the midst of a financial crisis. Many healthcare institutions are going through similar difficulties primarily due to reduced Medicare reimbursements (approximately 70% of actual costs). The deficit at this particular hospital was compounded by their responsibility for serving an exceptionally large population of immigrants with no health insurance nor ability to pay. That hospital system had a $500 million deficit in the previous year.

Generally speaking, the Stanford example suggests the percentage of the university’s budget invested in coaches’ salaries is not the true measure of that department’s greatness.

My assignment for the 30-minute spot on their agenda was to make the case for investing in philanthropy rather than cutting fundraising staff and budgets. Having said “my peace,” I was prepared to sit down when the questions began. My allotted 30 minutes turned into 90, and on the way out, the CEO stopped me and asked if I would be willing to schedule a follow-up meeting with that group.

In contrast, I’m involved with three other healthcare institutions that initially responded to their own financial crises with the opposite approach. Instead of increasing their investment in fund development, they responded to the growing financial deficits by cutting fundraising staff and budgets. Their fallback position (i.e. what to do when nothing else works) was to merge with other hospital systems. For those institutions in crisis, that was the best remaining option. However, that’s not to suggest that it was the first or best option. By reducing their investment in fundraising, they had essentially cut off the hand that had been feeding the whole institution. That strategy led them down the road toward their eventual fallback position—collapse or merge.

ROI FOR FUND DEVELOPMENT
Most hospitals have a mix of income streams that include sales and services, fundraising, and/or governmental funding. Consequently, there is return on investment for the sales-and-services income stream. Let’s assume oncology has a 30% ROI. For every dollar invested in the oncology department, the hospital profits $0.30. As a business investment, that’s not a very attractive proposition—a 70% loss on every investment. Nevertheless, hospitals are not going to stop treating cancer patients because it’s not a profitable investment. It is essential to the hospital’s mission. But it is an example of the inability of nonprofits to measure outcomes (results) in terms of dollars invested (inputs).

Now suppose that there was a department that provided a 300% ROI—every dollar invested would return three dollars. An organization would make that investment over and over with as much money as it could afford—even if leaders had to tighten the organizational belt in other areas. And yet, that is the average ROI of fund-development departments nationwide. Every dollar invested in fundraising on average produces three dollars in return. Of course, some fundraising shops do better than others, but anything over a 1:1 ROI is a net gain, and organizations should keep making that investment if for no other reason than maintaining relationships with their donors. And yet, the first thing some leaders do when facing financial challenges is to cut fundraising staff and budgets. Their short-sighted perspective is focused and concerned primarily on investment in fundraising (inputs) over returns on those investments (outcomes). Their philosophy of nonprofit leadership is upside down—outputs over inputs rather than inputs over outputs.

COMPOUNDING EFFECTS
Consistently focusing on and carefully monitoring inputs and outcomes builds momentum in the fund-development aspects of your organization—momentum that is either positive or negative. Here’s an example of how a series of short-sighted decisions can kill the positive momentum and put the organization into a downward spiral.

1. Financial problems and budget deficits force nonprofit leaders to begin looking for ways to cut costs. Sometimes that’s a good thing. Over time both for-profit and nonprofit institutions tend to become bloated with unnecessary expenses. However, eliminating the “unnecessaries” doesn’t solve the problem and decision-makers begin to make cuts all across the organization, including fundraising support staff.

2. As a result, experienced and highly paid gift officers begin spending more time in the office. Instead of meeting with major donors and making appeals, they’re tasked with the responsibilities of departed support staff—stuffing envelopes, writing follow-up letters, entering data, or organizing fundraising events. In a healthcare analogy, that is tantamount to having a board-certified thoracic surgeon filling out the hospital-admission forms. See THE POWER OF PERSONAL SOLICITATION.

3. Eventually, nonprofits in a downward spiral begin losing key gift officers. They’re either terminated or leave the sinking ship and are not replaced—further reducing the costs but also the investments in fundraising.

You’d think that cutting fundraising expenses would cause the cost of raising a dollar to go down, but actually the very opposite is usually the result. In fact, when organizations cut their fund-development budgets, there is often a disproportional decrease in the overall fundraising effectiveness (ROI). I’m well acquainted with one organization that has cut back on fundraising support staff by 60% and gift officer staff by 25%. The result was their cost of raising a dollar almost doubled—increasing from $0.35 to $0.63. They had highly paid and skilled major gift officers licking stamps and addressing envelopes. In short, reducing their ongoing investment in fundraising has had a compounding impact on its effectiveness. They’re saving a little while losing a lot.

You’d think that cutting fundraising expenses would cause the cost of raising a dollar to go down, but actually the very opposite is usually the result.

MY PRESENTATION
Concerning my presentation to the hospital system decision-makers in the midst of a financial crisis, these are experienced smart nonprofit executives. As a group, they are not given to reactionary decisions, accustomed to facing brutal facts, and intent on coming up with a solution. As leaders, they also understood the importance and the place of ongoing investments into the engine primarily responsible for propelling the institution forward. I’m convinced they’ll come out on top. In terms of fundraising, they’ll remain focused on the outcomes (returns on fundraising) over the inputs (investments in fundraising) required to maintain forward momentum.