By Eddie Thompson | February 22, 2019 | Development Management Donor Communications
← PENT UP GENEROSITY: Enabling the Felt-need to Give
GETTING THE RIGHT PEOPLE ON THE BUS: The Neurotically Obsessed with Excellence →
Share
Share6
Tweet
Email
Print 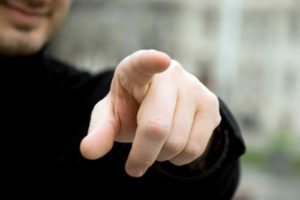 I sat in a room yesterday with a group of development officers from a large and well-known international organization. This fantastic team makes an enormous impact on the lives of families in need. Since the majority of the funds they raise comes from special events, the discussion was about how many hours it took to net a relatively small amount of money in a golf tournament—time invested by administrators, fundraisers, volunteers, board members, and support staff. As is the case when no one actually tracks Full-Time Equivalent (FTE) hours, all the estimates were probably low. And the discussion was only about invested time. It didn’t include the cost of the venue, gift bags, food, signage, advertising, etc.

After listening to the discussion for a while, I simply suggested that if just the development staff spent the time they had engaging in one-on-one conversations with existing and potential donors, they would have raised far more. Everyone in the room readily agreed. I think we’ve gotten into a rut, doing things out of habit even when we know better. However, it’s hard to cancel a golf tournament, concert, or special event when you know it will bring in money—even when the return on investment (ROI) was very low in terms of both time and money.

If you ever had any question about the effectiveness of one-to-one appeals, consider this infamous event and the research that followed.

A NEW YORK MURDER
In 1964 there was the infamous case of an assailant who chased and attacked a woman in the street three times over a period of thirty-five minutes before stabbing her to death. Thirty-eight of her New York neighbors watched from the safety of their apartment windows, but none did anything to help. No one even called the police. There were several academic studies of this incident. In the final analysis, the woman’s biggest problem and the one that contributed to her death was that her appeals for help were directed at too many people.

FAKE SEIZURES
Four years later in 1968 Darley & Latane conducted a study in which New York college students appeared to be having epileptic seizures. When there was a single bystander, the students in need received help 85% of the times but only 31% of the times when there were five bystanders.

SIX-PERSON JURIES
Research on the difference between six-person and twelve-person juries reveals that smaller numbers of deliberators are far more likely to reach unanimous verdicts. In trials with smaller juries, each individual tends to feel more personally responsible to process the arguments of the case—arguments both for and against (see PERSUASION THEORY: Two Pathways to a Giving Decision). Consequently, the smaller juries are more likely to reach unanimous verdicts. The more individuals deliberating the case, the more likely the trial will result in a hung jury that is unable to reach a majority or unanimous decision.

The downside of six-person juries is that they tend to be less representative of the community and less compassionate. However, the point of the application to donor communication is not compassion or even accurate verdicts. Rather, it’s that donors are more likely to process the case for giving when a solicitation for a gift is made to an individual, a couple, or a very small group of potential donors.

ADVICE FROM AN EMT
Last week I was talking with a member of our extended family who works as an Emergency Medical Technician (EMT). As we were discussing what people should do in an emergency situation, he offered this piece of advice.

“Eddie, if you ever find yourself in a situation where emergency help is needed, do not ask for SOMEONE to call 911.” Instead, his advice was: “Get a person’s attention, look them straight in the eye, point to them, and tell them to call 911.” Then immediately ask, “Will YOU do that?”

His comments were so definitive; it implied that this was standard procedure and part of his training.

PERSONAL APPEAL TO A STRATEGIC INVESTOR
I had breakfast with a gentleman last month on behalf of one of our Thompson & Associates client organizations. This is a very kind-hearted individual—that is, at least once you get to know him. This guy is a tough businessman who made his money the hard way. Like a typical strategic investor, he asks hard questions and expects straightforward answers. He can be so abrupt with his questions and comments that many fundraisers would become frustrated. However, in time you discover that he is as gracious, generous, and tenderhearted as they come. Having already abundantly endowed his family, he was a prime candidate for an organizational-changing gift.

We had met several times to talk about estate planning issues as well as the effectiveness of our client’s mission. At one point in this conversation I said, “I think you are one of a very few people who has the ability to change the future of this organization.” I wound up sending him three proposals, each with a seven-figure giving plan. At lunch about a week later he said, “I’ve never really thought about this before… but I really believe that’s why I’ve been so successful—so I can help other people. This is a great opportunity, and I’m going to take advantage of it.” We agreed that he would give my proposals some thought and get back with me. I look forward to our next meeting!

To my knowledge, this will be the most significant gift this organization will have ever received. It will indeed change their future. It also reaffirmed me of two things that I already knew.

1) The more conversations organizational fundraisers have with donors, the more money they raise. My gift proposals were made only after several meetings in which I got to know the gentleman. Many organizations know all about their donors because they collect or (in some cases) purchase data on them. But they don’t know them personally.

2) He only began to process the role he might play in that organization as the result of a person-to-person challenge to make a strategic investment. In my wildest imagination, I could never see this strategic donor responding to a mass appeal asking thousands or even a dozen people to give. My one-to-one proposal was, “Will YOUconsider giving?”

WHOLESALE SOLICITATIONS
Special events do have a place in the overall fund-development mix, but they don’t take the place from the much higher priority of one-to-one conversations with donors. The same is true for brochures, websites, and aggressive social media presence. They inform and can even contain funding appeals, but they don’t sell. It is not the same as looking a donor in the eye and asking him or her to make a donation. That’s almost always true when it comes to challenging a strategic donor to making a significant investment in your organization.