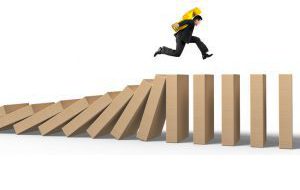 Everything that happens in a nonprofit organization affects fundraising—everything. Of course, some things have a more direct and immediate impact than others, particularly decisions on programs, budgets, hiring, policy, administration, board recruitment, etc. Many of the negative effects are unintended. After all, no one sets sets out to diminish fundraising capacity. Still, every aspect of what nonprofits do and how they do it trickles down to donor relations and fund development. Often, what organizations don’t do has the most impact. This might seem like an over-simplification, but it’s quite surprising how often the idea escapes the notice of institutional leaders.

For example, there are fundraising departments at some organizations that, when compared to standard best-practices, are mediocre at best. Part of that is because the departments are understaffed and underfunded. They also lack a strategic planning process, they constantly miss funding opportunities, and their donor communications are so poor that donors have to hunt them down to make contributions. YET, because the way the executive leadership team has positioned the institution, funds come rushing in over the transom by the millions. They seem to have carved out a unique mission that deeply resonated with potential donors, and they’re fulfilling it with unprecedented excellence. Nonetheless, the number of potential funds they are “leaving on the table” is staggering. I’d love to identify institutions I have in mind but don’t want to cast a shadow on underfunded development departments. My point is that everything impacts fundraising. In this case, program decisions and positioning have significantly empowered their less-than-stellar fundraising performance. Before anyone begins to think that they want to pursue such a funding strategy, this is an extremely rare situation, and I can only think of a few examples.

YET, because the way the executive leadership team has positioned the institution, funds come rushing in over the transom by the millions.

The contrasting examples are too numerous to list—that is, programs, budgetary, or administration decisions or executive actions that have a disastrous impact on an otherwise excellent fundraising department. The first organization that comes to mind is the Wounded Warrior Project—great mission, great fundraising operation, and unconscionable misuse of funds by founders and senior executives. In that case, and in a great many others, poor executive leadership decisions torpedoed the organization’s fundraising efforts. Eventually, in March 2015 the two founders were dismissed by the Board of Directors as Wounded Warrior Project fundraisers continued to rebuild trust with their donors.

Another less extreme but equally relevant example of the impact of executive decisions on fundraising happened a few years ago. A vendor for a hospital was also one of their most generous donors, contributing in excess of $50,000 a year—far more the value of his contract with the hospital. Someone in the accounting department decided to change vendors because they calculated a unit-cost savings that amounted to about one-cent per serving. The vendor would probably have been more than willing to match the one-cent savings but was never given the chance. The organization’s insensitivity made an immediate impression on the donor that lasted just long enough for him to discontinue his annual contribution. In this case, the mistake was the result of no one from the fundraising department being a member of the executive leadership team.

The examples above suggest that fundraisers and fundraising departments often get more blame or more credit than they deserve because every decision and every action of an organization affects fundraising in one way or another.

AWKWARD SITUATIONS
This might not matter so much except that higher-ups routinely evaluate and grade the performance of individual fundraisers and fundraising departments. Occasionally, one of those higher-ups is not inclined to connect the dots—the mutually dependent relationships between organizational performance and fundraising performance—which creates an awkward situation for fundraisers. Your boss or the CEO might say that the organization could do more if fundraisers were doing a better job. The fundraisers are tempted to respond by saying that they could do more if the organization was doing a better job. The big question for the fundraiser is: should he or she say that or remain silent? That’s not an easy decision for several reasons: 1) Your salary and career advancement are heavily dependent on those performance evaluations, and you can’t be completely responsible for leadership decisions that have a negative impact on donor relations and therefore on fundraising. 2) You don’t want to sound like a complainer or one who is unwilling to take personal responsibility. 3) You should be very careful about pointing out the mistakes of the chief executive or your immediate supervisor. No matter how well rehearsed your comments, those conversations rarely turn out as you had imagined.

I found myself in precisely this situation early in my career. I worked for an organization at which the CEO was not well respected among the staff, and there was a kind of rebellion bubbling under the surface. However, I really liked this CEO, and we were very close. I guess I considered myself as one of his allies. I could circumvent his authority by going to a board member as some others had done, but I considered that to be an act of disrespect and disloyalty. Consequently, I rehearsed my comments for hours and went to talk to him about it. I was sincerely trying to help, but it did not go as I had imagined. He didn’t receive my insight and suggestions very well. In fact, he became very angry and defensive. Our relationship was never the same after that, and shortly afterwards I left the organization.

No matter how well rehearsed your comments, those conversations rarely turn out as you had imagined.

I learned a couple painful lessons from that encounter. ONE, no matter how hard you try, you will never see things from the same perspective as the person who bears the responsibilities of chief executive. And TWO, do not presume to be in a position to correct a superior unless you’re quite sure that kind of access has been granted to you. Even then, proceed with caution.

So, how do you address one of these awkward situations in which you are being held accountable for things outside your control? How do you avoid sounding like one who is simply complaining or trying to avoid taking responsibility? A few suggestions:

1. ATTITUDE: I was in a situation recently in which a team member was being highly critical of everyone else’s comments and opinions. Since there was no question about whether or not I was the one to address this situation, I pulled the person aside for a little talk about his perception among the other team members. Since I didn’t want to repeat my unfortunate encounter with the CEO many years before, I simply advised him to be much slower to speak and more intent on listening.

2. ACCOUNTABILITY: Make a serious and completely honest evaluation of your own performance before judging others. See What’s on Your Dashboard? Identifying Your Key Performance Indicators

3. CREATIVITY: Draw a circle around yourself and ask what more could you do to make a difference? See Career Struggles: Pursuing Success Without Getting Lost in the Process.

4. LOYALTY: Psalms 133:1 says, “Behold, how good and pleasant it is when brothers dwell in unity,” and in Proverbs 6:16-19 one of the things the Lord most hates: “Those who spread discord among the brethren.” Guard your words (both public and private) very carefully. Nothing can tear down an organization faster than critics and complainers. Don’t say anything you would not say if you knew your boss was standing there listening.

5. INTEGRITY: You can turn on or turn off attitude, creativity, and accountability. But honesty and integrity take a long time to establish and a single moment to lose.

Complaining to the CEO or your supervisor about being held accountable for things beyond your control or responsibility is something you need to earn the right to do. Practicing suggestions 1-5 is a good place to start in earning that privilege.

← UNFORTUNATE FOCUS ON CASH: Donation Types as Predictors of Future Growth THE BOARD MANAGEMENT COMMITTEE: Systems and Accountability at the Highest Level of a Nonprofit Organization →
Share
Share1
Tweet
Email
Print