Two Kinds of Materialism; Strategic Acquirers Hiding in our Midst 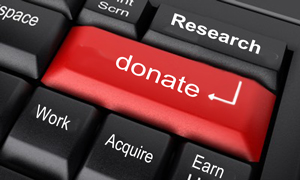 I first got to know Mary at a college I attended. I was a graduate student, and she was the registrar and gatekeeper to all things regarding my fees and class schedule. Mary seemed to be a nice enough person — neatly dressed, very proper, but one who took a no-nonsense approach to her work. Registration was a clearly defined process, and Mrs. Mary made it her personal mission to keep it that way.

Years later, as the Vice President for Development at another college across town, I discovered that she was among our institution’s most generous and passionate donors. I’ll never forget the first time I visited in her modest home. It was a scorching August day in Tennessee and even hotter indoors. I was already drenched in sweat when I finally asked if there was someting wrong with their air conditioner.

“No,” Mary said. “Air conditioning is so expensive, you know.” She said this as if delivering an astounding piece of newly discovered information. “If we ran the air conditioning, we would have to cut back on the scholarships.”

Mary and her husband had rental properties all over the city and were worth millions. The couple, who with no children of their own, funded scholarships for students at seven colleges — and those are just the ones I happen to know about. I doubt that anyone actually knows exactly how many students they have helped put through college. It has to be into the hundreds. Concern for the cost of air conditioning by a person with such financial assets might seem a little eccentric. But for Mary, it was more a reflection of the amount of their income that was going to scholarships.

Though they had given millions of dollars to help students, Mary was still aware that there was a difference between giving $1,000,000 and $1,000,100. Of course, that extra $100 from the idle air conditioner would make no difference in terms of the kind of appreciation and acknowledgements they would receive from the colleges or how they would be seated at the annual donors’ banquet. But as a college registrar, she knew first hand that the $100 would make a big difference to a student scratching his or her way through college. And that was what she was all about — not the seating chart, not the acknowledgements, not an institution’s thank-you letter.

Two Kinds of Materialism
Mihály Csíkszentmihályi and Eugene Rochberg-Halton are two researchers who have spent a lot time studying the impact and effect of wealth. In their classic book, The Meaning of Things (Cambridge University Press, 1981), they made the distinction between two kinds of materialist. Terminal materialists pursue wealth and material things for their own sake — the accumulation as an end in itself. There are many degrees of Csíkszentmihályi’s and Rochberg-Halton’s terminal materialism — from casual acquirers, to serious collectors, to pathological hoarders. But the common motivation among all terminal materialists is that they seek personal security, peace, and happiness through possessions.

Instrumental materialism is the pursuit of wealth, primarily as a means to accomplish a greater end.

You don’t have to be wealthy to be either type of materialist. Recently a mother and her daughter were interviewed on the CNN morning show. By age twelve the daughter had developed the knack of buying and selling online. Her first economic venture was renting an inflatable waterslide for a party, the admission price being a donation to help animals. She raised a lot of awareness and a lot of money. The CNN host asked the daughter, now fourteen-years old, what she wanted to do when she grew up. She quickly and confidently stated that she wanted to be professional investor so that she could raise money to help abandoned and abused animals.  In other words, she too was determined to be an instrumental materialist.

Instrumental Materialist Hiding in Our Midst
Instrumental materialists as donors are not as easy to spot as you might imagine. Often they don’t appear to be wealthy, and often they are not. Few people knew how passionate and deliberate Mary was about giving to scholarships — even the development representatives who received their checks and monitored her giving records. I know; I was one of those who saw the donations but until my visit on a hot August day, never understood the powerful motivation behind the gifts. One of oddest things about Mary’s giving is that (to my knowledge) she never gave to the college where she worked. She didn’t look the part, but there she was — an instrumental materialist right in their midst. No one at the college ever suspected.

Talking to Instrumental Materialists
There are many degrees of instrumental materialism— those who give from their abundance, those who give with extreme generosity or sacrifice, and finally those who devote themselves to creating wealth for the sole purpose of giving it away. Quite frankly, some non-profit organizations have difficulty building long-term partnerships with instrumental materialists simply because they are either unable or unwilling to match the passion and sacrifice of those donors. But if your organization has attracted some of these donors, it is very important that you communicate with them thoroughly, honestly, and thoughtfully.

Instrumental materialists (or “strategic acquirers”) are almost always strategic givers. No one is going to be that purpose-oriented in making money, only to give it away indiscriminately. Consequently, they tend to ask a lot of questions. Sometime those questions can be rather pointed and prickly. They will probably press you hard about how money is being spent. However, that doesn’t necessarily mean that they don’t trust you. They simply want to know if the institution is spending the money with the same commitment to purpose for which it was given.

No one is going to be that purpose-oriented in making money, only to give it away indiscriminately.

Sometimes they challenge the institution’s impact as if there was no such things as financial or manpower limitations. They ask questions like, “Why aren’t you doing something about this particular problem?” It’s not that they’re just being cranky and critical; often that is a reflection of being more committed to a cause than to any institution. Mary was fond of the institution where I worked, but it was the students she was really passionate about. I knew very well that we were just a means to her end.

In the midst of a hyper-materialist culture, instrumental materialists are naturally considered to be a rare breed. But the very nature of what motivates them, also makes them hard to spot. There are many more of them out there than you realize.