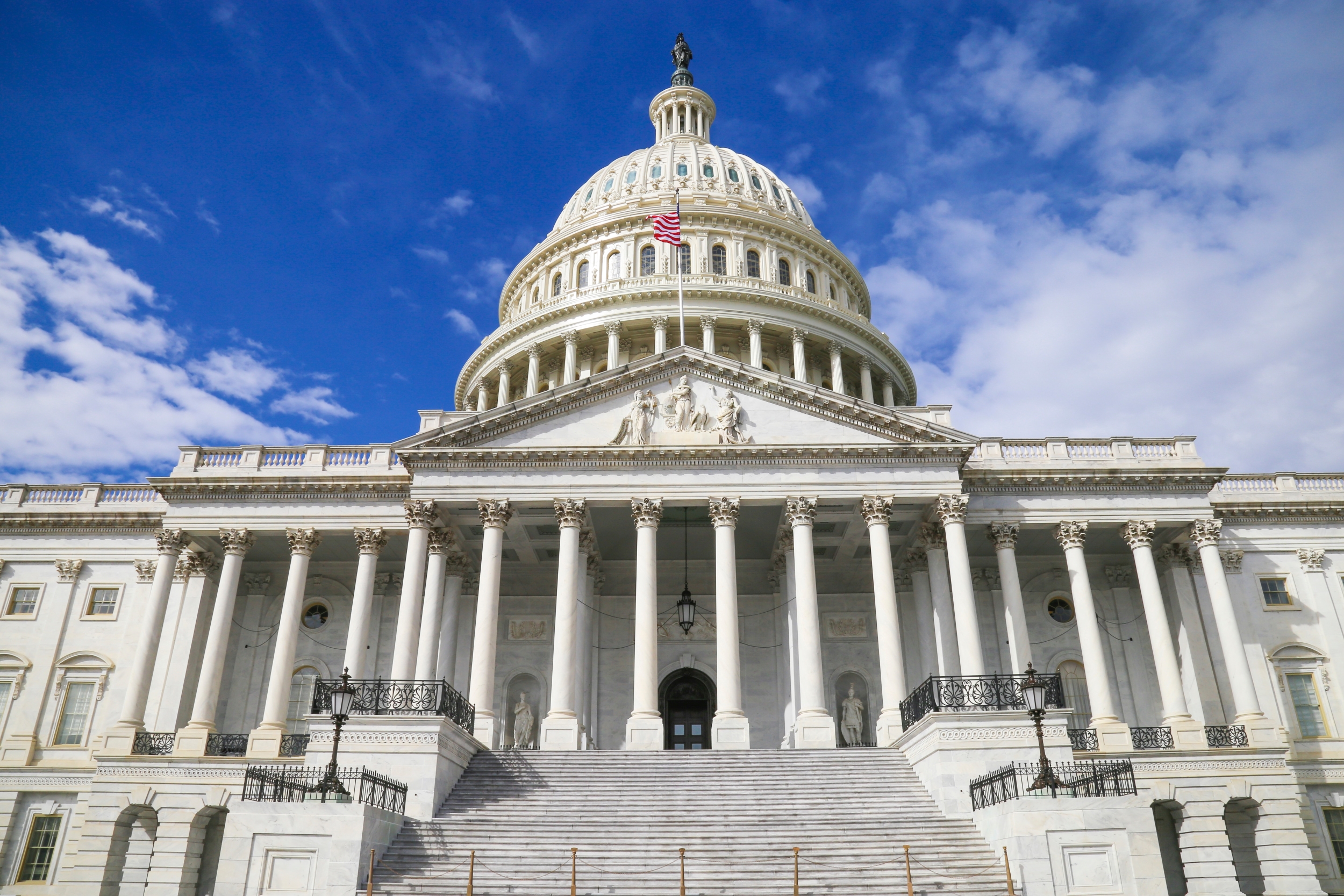 The Setting Every Community Up for Retirement Enhancement Act (known as the “SECURE Act”) was signed into law by the president on December 20, 2019, and became effective January 1, 2020.  The SECURE Act has several provisions that will impact how taxpayers may save for retirement and what they may do with their retirement funds.

Ding-Dong! The Stretch is Dead! Or is It?

Facing a government shutdown and with the end of the year looming, the House of Representatives approved $1.4 trillion in a pair of spending bills on December 17, 2019. The Senate passed one of those bills (with spending of $534.4 billion) on December 19, 2019. The Senate-passed bill included the Setting Every Community Up for Retirement Enhancement Act (known as the “SECURE Act”), which has huge implications for tax-deferred retirement accounts.  President Trump signed it into law December 20, 2019, and it mostly became effective January 1, 2020.

The SECURE Act has several provisions that impact how taxpayers may save for retirement and what they may do with their retirement funds. Most of these changes are helpful to taxpayers, but not all of them.

The taxpayer favorable changes are:

1. Higher RMD Age. The previous law required the account owner to withdraw “required minimum distributions” (or “RMDs”) from traditional IRAs and 401(k) plans the year he or she turns 70½. The SECURE Act raises that age to 72, giving taxpayers another 1½ years to defer withdrawals.

2. No Age Limit on Contributing. The previous law prohibited contributions to a traditional IRA by taxpayers who are age 70½ or older. The SECURE Act removes that limit and does not set any maximum age for contributions. Roth IRAs continue to have no maximum age restriction under the SECURE Act.

3. More Part-Time Employees Qualify for 401(k) Plans. The SECURE Act lowers from 1,000 to 500 the number of hours per year an employee must work to qualify for 401(k) plan participation. The employee must meet the 500-hour threshold for three consecutive years and be at least 21 years old at the end of the three-year period.

4. Enhancement of Auto-Enrollment 401(k) Plans. The old law encouraged companies to offer 401(k) plans that automatically enrolled employees unless they specifically opted out. The law set a cap of 10% on what the employer could establish as the “qualified automatic contribution arrangement” (i.e., the percentage of pay that goes to the 401(k) plan). The SECURE Act raises that cap to 15% after the first year of employment.

a. It raises from $500 per year to $5,000 per year the limit on the tax credit small employers may take for retirement plan start-up costs. The credit is 50% of those costs, up to the limit.

c. Starting in 2021, unrelated businesses may collaborate to provide retirement plans for their employees. Using a “pooled plan administrator,” these multi-employer plans will allow small businesses to obtain lower costs of administration.

6. Withdrawals for Birth and Adoption Expenses. New parents with birth or adoption expenses may withdraw up to $5,000 (or up to $10,000 for a married couple if both have qualifying plans) for those expenses from their IRA, 401(k), or other retirement account without paying the 10% early withdrawal penalty. Income tax will still be due on amounts withdrawn and not repaid to the account. There are other rules governing these withdrawals, but that is not the focus of this article. Tax advice should be sought before making any withdrawals for this purpose.

7. Annuity Information and Options. Starting one year after IRS issues interim final rules, 401(k) plan administrators will be required to provide annual “lifetime income disclosure statements” that show how much the recipient could receive each month if the plan balance was used to purchase an annuity. The SECURE Act also makes it easier for 401(k) sponsors to offer annuities and other lifetime income options to plan participants.

8. Graduate Students and Foster-Care Providers Gain More Access. Some graduate students receive grants and some foster-care providers receive “difficulty of care” payments that are not treated as compensation. The old law limited contributions to a retirement account to one’s compensation, which often meant those taxpayers could not contribute to a retirement plan. The SECURE Act allows these taxpayers to treat such grants and payments as compensation for making IRA and 401(k) plan contributions.

Not every change in the SECURE Act was good for the taxpayer. The following two provisions will not be welcome news to everyone:

1. Credit Card Access to 401(k) Loans Prohibited. The law has long allowed 401(k) plan participants to borrow from their retirement funds up to the lower of 50% of the account balance or $50,000 (or more for the purchase of a home). Some 401(k) plan administrators allowed access to those funds through the use of a special debit or credit card. The SECURE Act prohibits allowing loans through debit cards, credit cards, or similar arrangements.

2. “Stretch IRAs” Eliminated. The old law allowed beneficiaries other than a spouse to elect “stretch” treatment of required minimum distributions. This stretch provision allowed the beneficiary to determine RMDs based on his or her life expectancy, and thus stretch payments over a long time if the life expectancy is significant. The SECURE Act limits the stretch period to 10 years, except for a surviving spouse of the plan participant. Exceptions to the 10-year rule include beneficiaries who are minors, disabled, chronically ill, or not more than 10 years younger than the retirement plan owner. For minors who meet the exception, the 10-year rule applies when they attain the age of majority.

The Stretch is Only “Mostly Dead”

From the bad news perspective, the headline from the SECURE Act would seem to be the death (or crippling) of the so-called “stretch IRA” option for inherited plans. But, don’t give up that easily! Fans of the movie The Princess Bride will recognize that like the show’s hero Westley, the concept of a stretch IRA is only “mostly dead.”

Anyone who works in the planned giving and philanthropic world knows a great option still remains to obtain a significant stretch of those funds. How is a stretch still possible? The SECURE Act makes the “Charitable Stretch Remainder Trust” a more powerful planning technique than before and remains the only real stretch option available.

Directing retirement assets to a Charitable Remainder Trust (“CRT”) at death has long been a favored planning technique for those with large retirement accounts, a charitable intent, and a desire to benefit heirs in a thoughtful manner. Sometimes referred to as a “give it twice trust,” a CRT as part of a good estate plan is a way to benefit both heirs and charity, ultimately with little or no loss in total dollars to the heirs.

Here’s generally how it works. The owner of a tax-qualified retirement plan executes a Last Will and Testament or a Revocable Living Trust that includes a CRT that springs into existence after death, or that directs certain assets to an existing CRT created to receive those assets after death. Although assets other than retirement accounts may be used for the CRT, this technique focuses on making effective use of tax-qualified plans.

A CRT is a “split-interest” technique that divides the assets into an income stream for a specified term and a remainder interest that passes after the term expires. The income stream typically goes to one or more non-charitable beneficiaries (e.g., the decedent’s children), and the remainder must pass to one or more qualified charities. Using a CRT for retirement accounts is a way to force spendthrift heirs to stretch payments from those accounts over time rather than liquidating them at once, and potentially triggering higher tax rates.

The length of a CRT may be specified as a term of years (which may be up to 20 years), based upon the life or lives of the beneficiary or beneficiaries, or a combination thereof. With a term of years that may be specified up to 20 years, the CRT immediately offers a way to double the stretch period over what is now available under the SECURE Act. Depending on the age or ages of the income beneficiaries, it may be possible to stretch payments of the retirement account over their life or lives. Many factors go into determining what length of term will be permitted, but we have software that can generate quick illustrations to determine what is possible.

The Charitable Stretch Remainder Trust has other benefits, such as an estate tax deduction for those facing federal or state death taxes, but they are beyond the scope of this article. The point here is that Congress may have severely limited the ability to stretch payments from retirement accounts in the traditional way, but it boosted the power of a Charitable Stretch Remainder Trust to meet the planning goals of many people.

Finally, let us give brief attention to one other issue that may not receive as much attention in media stories and other explanations of the SECURE Act—the “conduit trust trap” lurking in thousands of estate plans. A staple of trust planning for the last 10 to 20 years has been a technique known as a “conduit trust” to receive retirement accounts for beneficiaries after the death of the account owner, which would then use the life expectancy of the trust beneficiary to determine the RMDs.

An industry standard and prudent planning technique last year is suddenly a potential disaster for thousands of existing estate plans that have a conduit trust included in a Last Will and Testament or Revocable Living Trust. This is a trap for the unwary that will catch many professional advisors – and even more clients – by surprise.

To be sure, it is not axiomatic that a conduit trust is a bad idea for any given estate plan. Each estate plan is as unique as each client, and a conduit trust may still be appropriate for some estate plans. But anyone with an existing estate plan and significant retirement accounts should definitely review the situation with someone knowledgeable in the field. Failure to review your plan and, if necessary, make updates could have disastrous tax consequences and undermine your planning goals.