A podcast with Dr. Russell James 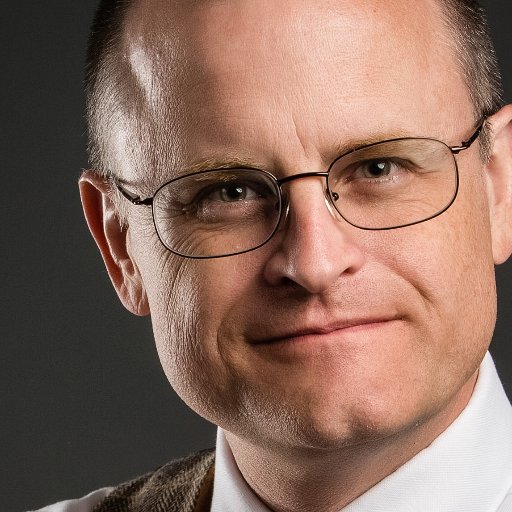 Prior to his career as an academic researcher, Dr. James worked as the Director of Planned Giving for Central Christian College in Moberly, Missouri for 6 years and later served as president of the college for more than 5 years, where he had direct and supervisory responsibility for all fundraising. During his presidency the college successfully completed two major capital campaigns, built several new debt-free buildings, and more than tripled enrollment.

Dr. James has published research in over 40 different peer-reviewed scientific journals and has been quoted on charitable and financial issues in a variety of news sources including The Economist, The New York Times, The Wall Street Journal, CNN, MSNBC, CNBC, ABC News, U.S. News & World Report, USA Today, the Associated Press, Bloomberg News and the Chronicle of Philanthropy and his financial neuroimaging research was profiled in The Wall Street Journal’s Smart Money Magazine.

Eddie Thompson:  Thank you for joining us today for this podcast.  We have a special guest on a really important topic.  Dr. Russell James is the Director of Graduate Studies and Charitable Financial Planning for Texas Tech University.  For those of us who know him, we respect his scholarship.  His work is so incredibly insightful! I recommend his books that are just excellent, but I really want to recommend you take time to watch his Complete Charitable Planning Training Series on YouTube for free.

Eddie:  Even though the people we bring on are seasoned professionals and very technically-oriented, we require every new associate to go through these videos.  They’re short, they’re insightful.  They’re extremely well done.

That’s not the purpose of our discussion today, but I just can’t hardly introduce Russell without suggesting that to people to take time, even if you are seasoned, it’s a great reminder – that’s what we use it for.  They remind us of some of the details we often forget, and sometimes gift strategies that we forget.

So, Russell, I’m sorry I took a little extra time to do that, but I really appreciate your work over the years.

Eddie:  You recently did an amazing presentation on selling the CFO, the chief financial officer, on philanthropy.  We plan to do an extended webinar in the future with you on this topic in the future, but I’d like to take a few minutes and let you summarize your presentation.

I find, especially now, where some CFOs really don’t understand the value that philanthropy brings to the bottom line.  I think this is an important topic.  What would you suggest as some major points on selling the CFO on philanthropy?

Russell:  This was all looking at a question that’s just a little bit narrower.  We’re looking at selling the CFO on what we would call planned giving.  That’s where we’re looking at the complex gifts, the estate gifts, gifts of assets, that sort of thing.  This is always a challenge because you’ve got the reality that whoever the leadership person is—whether it’s a CFO, Executive Director, Board, whatever—they’ve got so much urgent right in front of them.  They look at legacy giving, planned giving, and they just think, “You know, that’s nice. But, I’ve got other things to deal with right now.”  So, this was really about how do we have that conversation in a meaningful and influential way?  It turns out we can have a different kind of conversation today because we’ve got more data on donor behavior that tells a different story than what we’ve been telling before.

So, the basic idea is this.  When we look at a variety of different results, it shows us that the most powerful transformation that you can make for your donors is to get them to not just give out of pocket change (that is, their disposable income); but, instead, to start thinking about giving out of wealth.  Now, this is a transformational step for a donor.  It turns out that in recent years, I’ve been publishing some new results.  When I went to try to explain all of these results, I’m basically seeing different results that are all looking at the same underlying phenomenon.

A couple of years ago, we looked at over one million nonprofit tax returns and tried to look at what predicts long-term fundraising growth.  It turns out that a dominant predictor was whether or not the organization was raising gifts from non-cash assets like stocks and real estate.  In fact, just that one little piece of information would tell you what the growth rate was going to be for the next five years in fundraising.  If they’re only raising gifts from cash, they’re basically just treading water, trying to keep up with inflation.  If they’re consistently raising gifts from non-cash assets, like securities and real estate, their average growth rate is sixfold larger.  So, it was a massive impact.

Now, when we look at both of these factors, they actually have something in common.  I think they’re both examples of where a donor begins to think of their wealth as donation relevant.  One thing I can tell you about an estate gift, regardless of what the size of that estate gift is, it is not a gift of disposable income, it’s a gift from wealth.  Once the donor starts thinking about giving out of wealth—in fact, once they commit to a plan that gives out of wealth—I think that’s transformational.

So, that was the key idea.  Then when we looked at messaging, it turns out that there are some powerful things we can do in this messaging.  One of them is, I like the phrase, “major gifts of assets” rather than talking just “planned giving.”  The reason is when we talk about planned giving, the CFO is going to think, “Oh, that’s the death stuff. That’s going to grow so much later.”  Whereas, if we talk about major gifts of assets, major gifts excites any CFO, it’s now and later.  The idea is this, if you want to raise major gifts of assets, you can’t do that unless you understand assets.  You can’t do it competently unless you understand what a capital gain tax is, unless you understand that you can donate that appreciated asset and avoid those capital gains taxes.  In fact, you can donate that, avoid the capital gains taxes and take income or payments off of it for your life.  So, it’s that one idea that major gifts of assets (and, of course, an estate gift is a gift of assets, as well) that one idea can then lead to why we need to use all of these techniques, and why we want to be talking to our donors about these techniques, because it is transformational for what the donor does.

Eddie:  I think you came from Central Missouri, if I remember correctly.  The fascinating thing to me is the study of the Cahokia Indians.  For years, for decades, centuries, Native Americans were hunter-gatherers.  They would follow the herds wherever there was big game.  And the Cahokia Indians found out they could grow crops so they didn’t have to move constantly.  I think a large number of nonprofits are hunting that one big gift that’s coming out of discretionary income.  Where the great organizations also go after gifts of net worth.

I think your study reinforces what I heard from a gentleman when I was doing my dissertation 40 some-odd years ago, that the great organizations not only asked for discretionary income gifts but gifts of net worth.  Your study and your approach to this over the years has just reinforced that idea.

Russell:  Yeah, you know, Eddie, it’s taken me a decade of technical statistical research to come up with the answer that actually, I think Eddie Thompson knows a little bit about what he was talking about!

Eddie:  Yeah, I do too!  I think we’ve been really blessed.  What’s fascinating to me, Russell, we find that the people we plan with, less than 3% of current donors that we’re planning with have ever included charity in their state plan.  And, typically, it’s a catastrophic clause.  But, after you sit down with them and have conversations, that percentage goes from 3%, listen to this, to 61%!  The other thing we have found that reinforces your study is that when someone makes a gift of a major gift asset, whether it’s an inter vivos gift or a testamentary gift, they’re giving goes up.  We have seen that now for over 25 years.  So, I love your studies just reinforce what we see out in the market.

This presentation you’re making is really important.  If CFOs would stop and think about what philanthropy brings to the bottom line for their organizations every year, instead of cutting back and arguing about investments in these great giving techniques, if we could share there our concepts in their language, I think they often don’t understand that.  I love your use of “major gift of assets,” because that’s nomenclature they understand.

Russell:  I’ll tell you one other thing that can be helpful.  I’ll share this story, because this is something I did myself recently.  This was before all of the virus and all of that.  The Texas Tech Foundation Board gave me a chance to make a presentation to them.  What I did, talking about the power of these non-cash contributions or major gifts of assets is, I just looked at the 990s for our competing schools.  I showed them in an example of what one of our competing organizations was doing.  (Or, in the same athletic conference, which was Iowa State University.)  I showed them how we were getting such a tiny share of our fundraising from non-cash assets and how they were getting such a huge share.  If you compared us to them in terms of just cash, we were about the same as them.  But, if you added in the non-cash, they were getting 60% of their income from non-cash fundraising.  So, it was really powerful to decision makers to show them someone else who’s doing it right.  That’s all publicly accessible information.  Anybody can look at the 990s for those in their same sector, find that shining star example, and use that to convince leadership to say, “Look, here’s what we could be doing, and here’s what we’re missing out on!”

Eddie:  That’s an important study!  I thank you for today.  Thank you for your insight.  I look forward to working on a webinar on this topic with you in the near future as we get closer to budget cycles next spring.  Thank you, Russell, for all your contributions.  I know there’s an awful lot of work that goes into your studies but it is really appreciated by our industry.

Russell:  Thank you so much.  It’s great to have the opportunity to join today.

Eddie:  Thank you, everybody, for joining us on this special podcast with Russell James.  We hope you’ll listen very carefully to his suggestions.  Anything you can do to study under Russell, either through YouTube or some of his written publications, I really encourage you to do it.  He has great insights.  Russell, thank you for your time.  And thank you, everybody, for joining us.

Let’s Talk
The craziest thing that can happen is nothing.