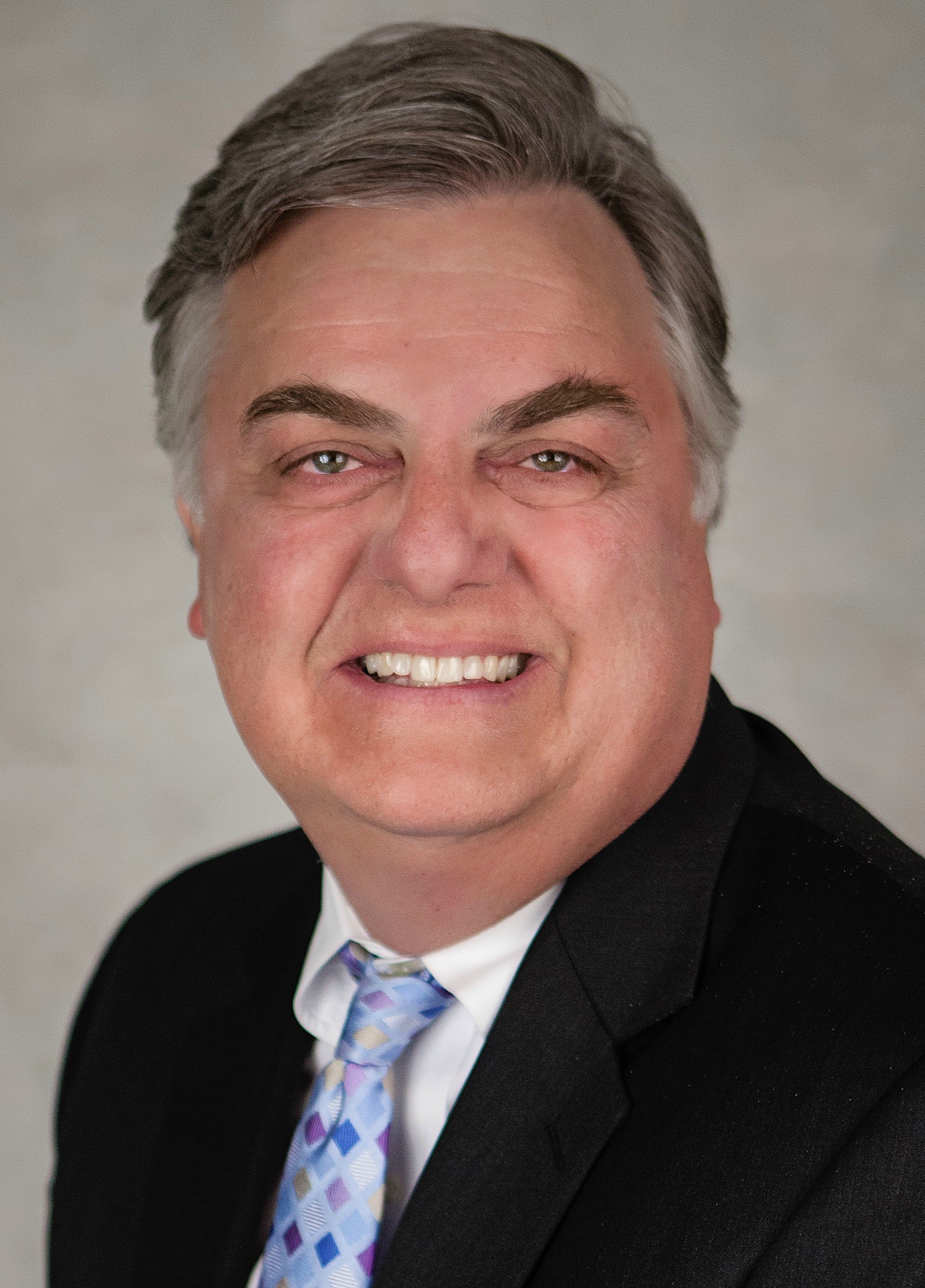 About Joe Chickey.  Joe brings more than 30 years of experience in the charitable arena, with a focus on gift planning to Sharpe Group. Based in Nashville, TN, he is a senior vice president and consulting director. He has spoken locally, regionally and nationally on planned giving to estate planning councils, AFP, CASE and local CGP groups. His recent speaking engagements include the Chicago Council on Planned Giving, Colorado Summer Symposium, Middle Tennessee Planned Giving Council and The Arkansas Gift Planning Council.  Joe recently completed a three-year term as a board member of the National Association of the Charitable Gift Planners (CGP).

He has experience from the nonprofit side and for-profit side, as a gift planner for nonprofits and a bank trust officer. For 14 years, he worked with nonprofit endowments, family foundations and high net worth clients. His expertise includes estate and financial planning, asset management and charitable planning.

In the fundraising arena, he served as director of gift planning for the University of Illinois Foundation. He was also a major gift officer for Rush University Medical Center in Chicago and a planned giving officer for St. Jude Children’s Research Hospital.

Joe is also active in the community. He is a past president of the Fifty Forward Endowment Board. He is also past president of the Planned Giving Council of Middle Tennessee and a past board member of the Chicago Planned Giving Council. He has served on the boards of the Boys & Girls Club, Family & Children’s Services and Middle Tennessee Boy Scouts. In addition, he has served on Advisory Boards for University School of Nashville, The Hermitage and Nashville Symphony.

Joe earned a bachelor of arts degree in finance from Rhodes College and a master’s degree in business administration from University of Illinois.

Joe Chickey: My pleasure! Honored to be with you!

Eddie:  Joe is an exceptional professional. When I think about Joe, I think of a really good man.  In fact, I would describe him as a gentleman.  He is not only wise, experienced, and seasoned; but he has a heart to go with it.  He has been a real blessing to our industry for several decades.

Joe, tell us what you are doing today. What is your current status, as far as your occupation?  Then I’ve got a couple of questions I would like to ask you.

Joe: Eddie, I work for the Sharpe Group and my role is currently Senior Vice President and Senior Consultant.  I’ve been with Sharpe Group for almost 10 years.  I work with charities of all shapes and sizes all over the country.

Eddie: I guess, in a sense, we’re supposed to be competitors.  But my approach is that there’s no competition among lighthouses.  If I light someone else’s candle, it doesn’t diminish my light.  I see Joe as a peer, working in a really good industry, and doing an excellent job.

Joe, I want to ask you a couple of questions. When you look back at your career, which you’ve been, let’s be kind here and say a couple of decades you have been doing this, what are the most important lessons you’ve learned?

Joe: That’s a really great question, Eddie!  I’ll answer it in this way.  I have been extremely fortunate to have been mentored by some of the most amazing, brilliant, successful people in our industry and in the field of philanthropy.

I’ll just share a couple of thoughts.  My first job in gift planning was with St. Jude Children’s Research Hospital and I was incredibly fortunate to get to interact with Danny Thomas in the latter part of his career. He was one of those people that had such a passion and such a presence.  It was just amazing to watch him when he worked with donors and with people who supported St. Jude. It is such an amazing place, but that was a real a-ha moment for me early in my career, when I said I want to do more of this kind of stuff.

Then I think beyond that, there have been many others of course.  The other one that I would single out is that I was fortunate early in my career to work for Bill Sturdivant at the University of Illinois Foundation.  Bill was just a brilliant man and so giving of his time and so willing to share. He and I worked on many gifts over the years and several capital campaigns.

The one story I’ll share about Bill that still resonates with me is that he and I had been working together on a significant gift for the university’s capital campaign. I woke up one morning and read the local paper and this particular family had made an eight-figure gift to another charity, and it was announced in the paper.  I picked up the phone and I called Bill and I said, “I know we did our best and that there are plenty of other opportunities.”  He said, “You just haven’t learned yet have you?”  I said, “What am I missing?”  He said, “Now that they’ve had this amazing giving experience, we’re going to be next! These people are true philanthropists.”  He was absolutely right.  They made a significant gift to our campaign a couple years later.

It’s so interesting; you think sometimes you have a sense of what you’re doing.  And, like in anything, there are opportunities to learn.  That was a great learning moment for me.  I still share that with clients today and say “Hey, just because they made a big gift to somebody else doesn’t mean they are off your list.”

Joe: When I first got into this business, we talked a lot about the 80/20 rule.  Eighty percent of the money came from twenty percent of the people.  Now I think you can argue it might be 90/10, or even in some cases 95/5.  It’s so top heavy.  Now we look at some of these philanthropists, there’s so many unique opportunities there.

I don’t know if you’ve ever looked closely at that website The Giving Pledge, but it’s really interesting.  It started with Bill Gates and Warren Buffett and their decision to give the majority of their wealth away during lifetime or afterlife.  All billionaires.  There are now 211 that have joined that club.

Eddie: Absolutely!  When I think about people who’ve been doing this a long time, I know I made my greatest professional growths after I’ve made a mistake.  I feel like I’ve learned the most.  In fact, Cayce (one of my partners) says that we built a great company on all of Eddie’s mistakes.  There’s a lot of truth to that.

What’s one professional error or a mistake that you’ve made, and what did you learn from it?

Joe: That’s another great question!  I think we all learned our true essence and who we really are when we go through difficult times. Certainly, this last year with all of our challenges with COVID is certainly one of those opportunities for us to really step back and learn what’s important.

I would say my biggest lesson was when I first started consulting about 10 years ago. I did some work for a couple of charities, for a year or so, and the leadership was not supportive of what of what we were doing.  I started working with somebody in the development office and a planned giving person.  We shared some great ideas and did some work for a while and then it just stopped. As you understand well, in particular, in the planned giving arena, unless you do it consistently for a number of years, you’re just not going to be successful. It taught me that it was critically important that leadership was supportive and understood this.

This is another obvious point…  Most of the people that end up in these leadership roles, in particular in some of the larger charitable institutions, do not come from a planned giving or legal background, or even a business background.  They’ve learned how to raise money and raise money well, but they just don’t understand the planned giving piece of it.

I think that’s probably the biggest lesson for me in the consulting world.  Is to really have an opportunity to meet with the leadership team and explain how important it is if they’re going to be successful.

Along those lines, a successful organization should be raising money somewhere between 15% and 30% of their total revenue through planned giving.

It’s amazing how many of them I meet with and they are spending almost all their resources on direct mail, or annual giving, or special events.  They just don’t understand fundamentally how important the major and planned giving piece is.  And the other reality, that it takes some time to get there.

I was on a call with a client the other day, and he was asking what should their strategy be. I said we’ll get into all the details, but I want you to hear three things.  If you do these three things, then you’ll be successful.  You carry your passion every day for what you do, the mission that you believe in. Your persistence in your program – that you are constantly asking people for money at the right time, and the right way – thinking about their legacy, obviously.  And, thirdly, maybe this is the most important, that you are patient.  It just takes time. It is not going to happen overnight.

I’ll share one final thought from Robert Sharpe, Sr., who started our firm.  I had a chance of course to hear him teach early in my career and one of the things he said was when people are thinking about their legacy, who do they think about?  They think about their family.  It’s a spouse, it’s their children and grandchildren, and maybe they elevate a charity to family status and they include that family in their legacy.  That is a huge deal.  If we don’t treat these people like they’re a member of our family, these people that name us in their estate, then we’re going to lose them.  It’s a privilege and an honor for them to do that, we are now a member of their family.  And if we treat them the right way, then we will all benefit.

We’ve been privileged today to be joined by Joe Chickey. Joe has been doing this for a number of decades at a high level. Today he shared with us some great insights and wisdom.

Joe, I can’t thank you enough, but I really do appreciate you taking the time to share your insights.

Joe: My pleasure, great to be with you and visit today.

Eddie: Thank you, Joe and everybody! Thank you for joining us on our podcast, Conversation with Industry Icons!