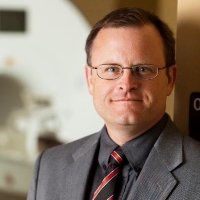 In this episode, Russell talks about:

Prior to his career as an academic researcher, Dr. James worked as the Director of Planned Giving for Central Christian College in Moberly, Missouri for 6 years and later served as president of the college for more than 5 years, where he had direct and supervisory responsibility for all fundraising. During his presidency the college successfully completed two major capital campaigns, built several new debt-free buildings, and more than tripled enrollment.

Dr. James has published research in over 40 different peer-reviewed scientific journals and has been quoted on charitable and financial issues in a variety of news sources including The Economist, The New York Times, The Wall Street Journal, CNN, MSNBC, CNBC, ABC News, U.S. News & World Report, USA Today, the Associated Press, Bloomberg News and the Chronicle of Philanthropy and his financial neuroimaging research was profiled in The Wall Street Journal’s Smart Money Magazine.

With this podcast series, Eddie Thompson, Founder and CEO of Thompson & Associates, brings incredible insight and inspiring stories interviewing leaders from different perspectives of the fundraising community: higher education, healthcare, consultants, academia and more!  Hear these professionals tell stories of lessons they’ve learned during their distinguished careers.  We hope these conversations inspire you to continue to strive for excellence in this noble occupation of fundraising!